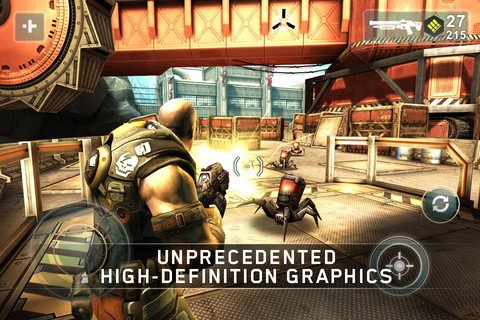 Addicted to the game Shadowgun? Well, we can’t really blame you for becoming one of those Shadowgun fanatics because the game is really cool and amazing. Would it spark your interest if we told you that Shadowgun can now be played on your iPad or iPhone?

This highly anticipated game of the year (or one of the most anticipated games, rather) which is inspired by Gears of War is finally coming to invade your phones and tablets. The Shadowgun allows you to become a professional bounty hunter living in the year 2350. Your mission is to defeat an evil scientist and his private army which is consists of cyborgs, mutants and genetically-enhanced humanoids.

This game can now be accessed from the Apple App Store at a price of $7.99. It may be a bit expensive, but if you really love games and playing on your phone, this one is worth it. Madfinger, the company behind the Shadowgun, has announced that the Android version of the game will be released in October. The company is also creating a version of the game for Kal-El devices. Let us all watch out for these developments.