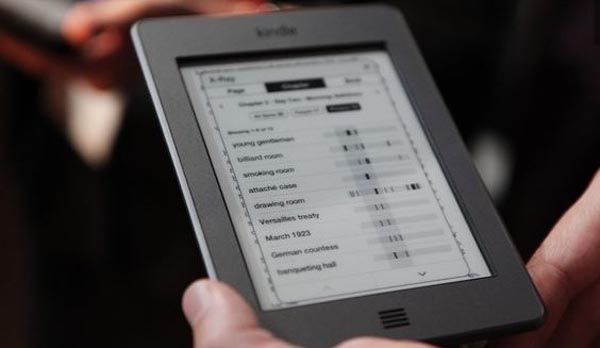 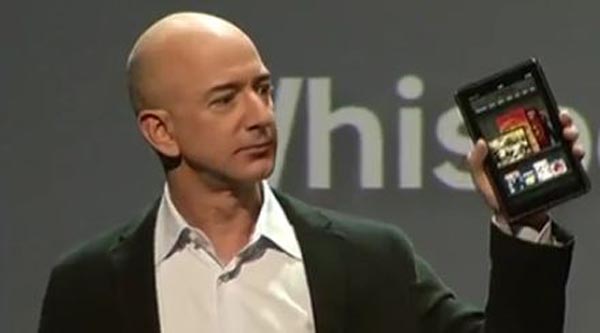 It’s official. The tablet wars are really going to heat up this holiday season, because Jeff Bezos has officially unveiled the Amazon Kindle Fire. This is an Android-based tablet, but it won’t look like other Android tablets. It’s also being priced at just $199, hugely undercutting competitors like the Galaxy Tab and Apple iPad.

The Kindle Fire will have a seven-inch IPS touchscreen display and a custom UI built upon an Android foundation. There’s a dual core processor, free data backup to the cloud, and the cloud-boosted Amazon Silk web browser. From what I understand, it won’t have Android Market, but Amazon will have an app store for the Kindle Fire too.

The overall look and feel appears to be quite similar to the BlackBerry PlayBook, but the killer price point plus the whole Amazon buying ecosystem (for books, movies, music, apps, and more) should give this a leg-up. Oddly, there is only one button; volume controls have to be done on screen, which might prove to be a pain to some. Even so, at $199, you’ve got to be pretty stoked. Look for shipments to start on November 15.

Announced at the same event is the bargain-hunting Amazon Kindle Touch. This e-reader is going to be ad-supported (“Special Offers edition”), which is how they’re able to sell it at $99. If you want to ditch the ads, the price jumps up to $139. It’s not as sexy as the Kindle Fire, but it might be easier on the eyes.

If you want the Kindle Touch with 3G, that’s $149 with ads or $189 without. In any case, the early hands-on reports say that the Kindle Touch is a “beautiful piece of tablet” and that the touch “works just swell” despite being an IR display. The X-Ray feature, which brings up supplementary Wikipedia info on whatever you’re reading, is an added bonus. Look for the Kindle Touch to ship November 21.