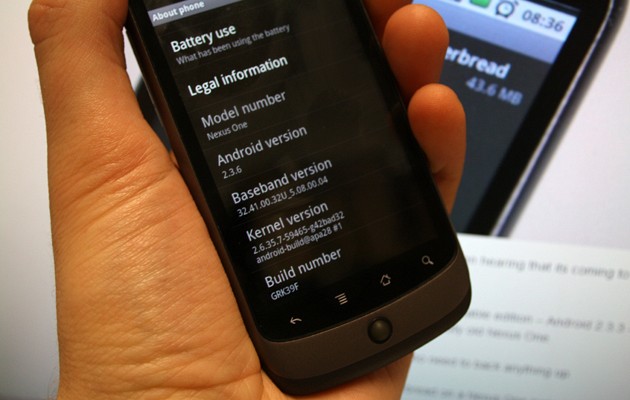 No, it’s not quite the same as getting your hands on the upcoming Nexus Prime and tasting Android Ice Cream Sandwich, but it is nice to see that the old darling of the Droid world is still getting some love. If you happen to have an unbraded version of the Google Nexus One, you should be receiving an OTA update for Android 2.3.6 Gingerbread.

The over the air update should be a seamless upgrade, like most other updates to Android, and it has been confirmed that this update “doesn’t seem to hobble the Wi-Fi tethering option that some Nexus S owners experienced.” That’s the good news.

I wouldn’t say that it’s bad news, but the neutral news is that Android 2.3.6 doesn’t seem to come along with too much in terms of fancy bells and whistles. It appears that this is mostly a security patch and minor bug fix. In any case, the update is rolling out to the unbranded Nexus Ones so if you’re still rocking one of these gems, you might want to check if you can have it yet.