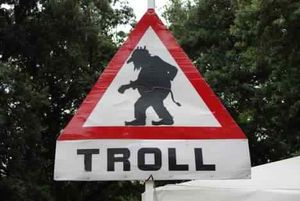 In case you are not yet familiar with the patent troll known as Lodsys, let me give you a brief backgrounder.

Lodsys is a company which purchases potentially great and super broad patents, and it employs these patents to threaten to litigate those who “might be infringing” on them. They do this by searching for a patent, finding out how many people are working on it and then they buy that patent.

Just a month ago, Google mustered the courage to protect and defend the Android coders against Lodsys. A few months earlier, Apple had also waged a fight against the patent troll.

After US President Obama had just signed a legislation on the nation’s shift to a “first to file” system from the “first to invent”, the issue about patent reform has become really sizzling hot.

You might think that this is no help to the patent troll situation at hand, and in fact, the legislation could exacerbate the matter. According to researchers Mike Meurer and James Bessen from the Boston University, patent trolling costs around $500B since 1990.

The two researchers also expounded that the cost of patent litigation has been exceeding benefits and rewards bestowed to the inventors from the year 2000. Since then, the problem got out of hand. Bessen and Meurer stated that within the past four years, the expenditure has an average of $83 billion annually and this is a lot greater than a quarter of industrial research and development funds in the United States during those times.
Reference: