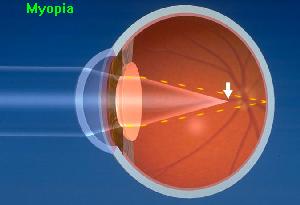 Do you spend hours of browsing through your phone or tablet, or maybe a long period of time playing games on your devices? Well, this recent news can affect your lifestyle especially when it comes to mingling with your beloved gadgets.

In the latest survey conducted in Taiwan, results show that approximately two-thirds of the nation’s sixth graders and more than a fifth of the first graders are myopic. In the study commissioned by the National Taiwan University Hospital and Department of Health Bureau of Health Promotion, around 65 percent of Taiwan’s grade six students have myopia, with 3.4 percent of serious cases. 21.5% of first grade students, on the other hand, are near-sighted. Parents of the children are beginning to get worried because of this increasing myopia cases.

The culprit is the prolonged gazing at things like the smartphone or tablet displays up close. This strains and damages the eyes, according to Fu Chou-ching, an ophthalmologist and ORBIS Taiwan volunteer.

Fu explained that even young children aged two to three have been learning how to use cell phones and computers, and this situation increases the chances of impairing the child’s vision at an earlier stage.

He also stated that the early onset of the eyesight impair could lead to serious nearsightedness once the child reached the adolescence stage. This, in turn, can cause macular hemorrhage and retinopathy when the child becomes an adult.