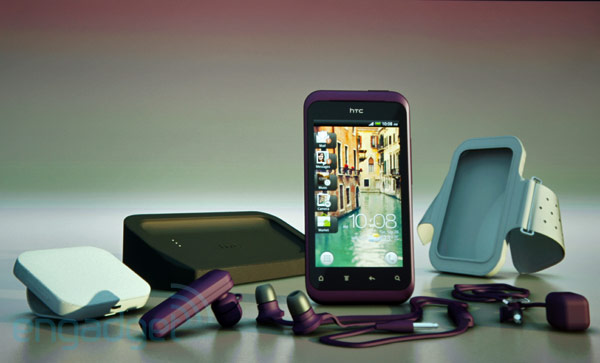 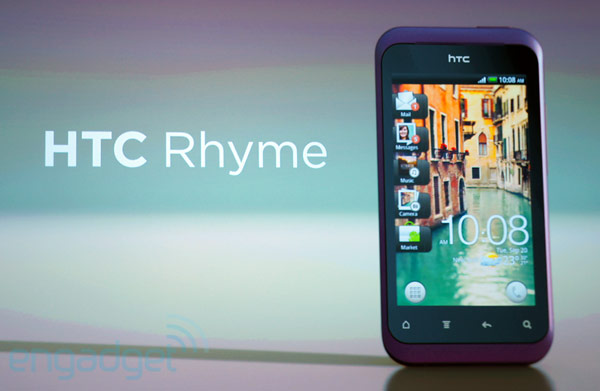 They’re not going to say explicitly that this phone is being marketed toward the fairer sex, but it certainly looks like Verizon is leaning that way with the new HTC Rhyme. It was previously known as the HTC Bliss, in case you were playing along at home.

This Android smartphone comes wrapped up in a purple frame and gets bundled with a fairly substantial smattering of accessories. For instance, there is a “Charm Indicator” that glows purple when your phone is ringing. This is easier to notice that a phone buried in a purse filled with who knows what. There’s also a wireless dashboard speaker, a dock, a workout armband, a headset, and some other goodies, mostly all wrapped in the same purple.

On the techie front, you get Android 2.3 Gingerbread with HTC Sense 3.5, a 3.7-inch WVGA display, a 1GHz Qualcomm CPU (single core), 768MB RAM, 4GB internal memory, internal battery, microSD expansion, dual cameras, WiFi, and Bluetooth. It’s not groundbreaking, but it’s cute. Expect Verizon to start shipping the HTC Rhyme on the 29th for $199 on a two-year contract. Over in Euro-land, the phone may be sold as the HTC Hourglass and come in a “sand-like color” instead.