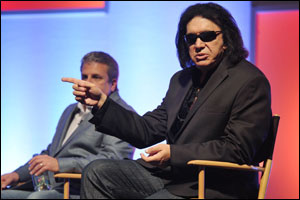 We’ve known of Ortsbo – the instant translation messenger for your desktop and instant messenger, and most recently your iPhone device – for quite some time now. It allows you to chat in over 50 languages with anyone across the world with realtime translation.  At LA Mobile Entertainment Summit I got a chance to catch up with David Lucatch, CEO of Ortsbo who shared some of the numbers about the app with me, and the most exciting of all is that a voice to text translation engine is in the works. We don’t know how near, but it’s going to come eventually.  A change like this sooner rather than later could really position Ortsbo as a market leader in instant translations for mobile devices.

Companies like Vocre announced at Tech Crunch Disrupt offer voice to text translations in real time, although when we tried to get a demo of Vocre it did not perform well and the translation had to be edited for accuracy. I spoke with Andrew Lauder Founder, President and Chief Executive Officer of Vocre briefly about this trouble and he attributed it to microphone quality being less optimal on the iPod in comparison to the iPhone; which is what the demo girls were using to show me the translation.

Regardless, Vocre is a very useful tool and once the team works out the bugs it should grow very fast amongst iPhone travelers. What is special is that Vocre uses the corrected translations to improve the engine and accuracy for future translations. Something Ortsbo has yet to do, but is planning to. Luccatch briefly talked about crowd sourcing phrases and terms used that are not easily translatable while keeping the same meaning, like “knock on wood.” Although you and I as english speaking folks may understand the phrase, someone in swahili may not grasp the concept if directly translated. This is where Ortsbo’s Wiki will come to the rescue. Already with 85-95% accuracy it can only get better. Ortsbo web translation is being used by 30 million unique users with 250 billion translations each month. When asked how the iPhone app adoption was performing — with 114 seemingly positive reviews on iTunes — Lucatch diverted from an answer and turned to their future release of a Mango version once Windows Mango launches.