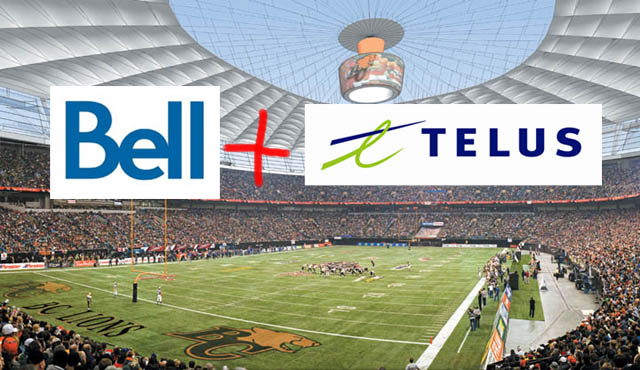 The reconstruction of BC Place Stadium in Vancouver is entering its final stages and this is going to be the venue for both the BC Lions football team and the Vancouver Whitecaps soccer team. The trouble is the place seems to have some competing sponsors.

On the one hand, we thought for some time that the “new” BC Place Stadium would be officially sponsored by Telus and would effectively be called Telus Park (or maybe Telus Field). However, Bell is the big sponsorship partner for the Whitecaps and so we’re hearing that it’s going to be called Bell Pitch. But you can’t really have two names for one place, can you?

Interestingly, BC Place is right next to Rogers Arena (which used to be GM Place). That’s all three major telcos sharing the same postal code. It’d be fun if Wind and Mobilicity somehow sponsored some smaller venues in the same neighborhood too. The phone booth? The dropped call zone?