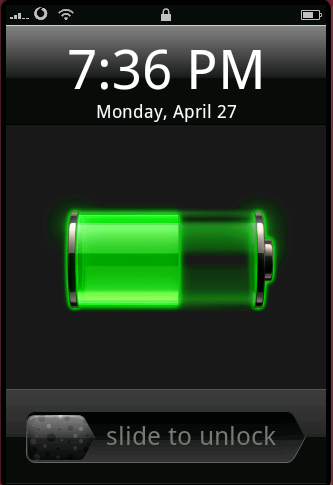 Do you ever wonder why your battery still gets drained even if you set it in an inactive mode? Scientists have found a way to prolong the life of your smartphones or Wi-Fi device battery by way of a “subconscious mode” which they claim can extend battery life by as much as 54 percent.

Kang Shin, a computer science and engineering professor at the University of Michigan along with Xinyu Zhang, a doctoral student will be presenting their new power management strategy on September 21 at the ACM International Conference on Mobile Computing and Networking in Las Vegas. The strategy is not yet available commercially because it is still in the proof-of-concept stage.

According to Shin, even if smartphones are in power-saving modes, they are still on alert searching for clear communication channels and awaiting incoming information. They have discovered that this type of energy-taxing (known as “idle listening”) can occur within a huge amount of time cell phones spend in power-saving mode. On busy networks, this translates to around 80 percent.

The new approach to saving battery life is called the E-MiLi, which stands for energy-Minimizing Idle Listening. Shin and Zhang state that this could make smartphones perform idle listening in a more efficient manner.

Researchers have conducted an extensive trace-based analysis of real Wi-Fi networks to learn how much time a phone can spend in keeping a part of it active. In the end, Shin and Zhang discovered that devices in power-saving modes consume around 60-80 percent of their time in idle listening, and this depends on the amount of traffic in the carrier or network. They also stated that phones which are active and those which are in power-saving mode roughly use the same amount of battery power. Now, that’s one mind-boggling piece of information!

Are you curious about how E-MiLi works? First, it slows down the Wi-Fi clock by up to 1/16 of its normal frequency, but once the phone notices incoming information, it gets back to its normal frequency. Shin emphasized that it is well-known that people can slow a device’s clock in order to save energy, but the difficult part is to get the smartphone to recognize incoming messages while it is in the slower mode.

Shin explained that messages come with a header, and that phones could be enabled to detect these headers. This way, the gadget will be able to recognize the message coming in even if it is set in the subconscious mode. In addition to this, the researchers found out that the E-MiLi, when used with the power-saving mode, can reduce energy consumption by approximately 44 percent for 92 percent of the mobile devices when it comes to the wireless networks.

The E-MiLi is compatible with the recent phone models, so you can use it on your smartphone to boost up your battery’s life.