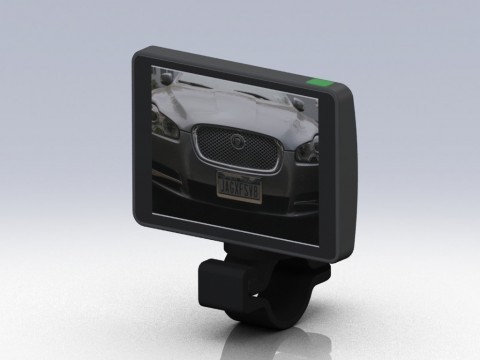 You’re riding your bike downtown, wind in your hair. The sun is shining and you’re feeling good. You are about to turn left when you heard the deafening honking of a horn by a car that is right behind you. Good thing you weren’t listening to your iPod.

What does that car have that your bike has not? A lot of things, but we would like to emphasize the absence of a rearview mirror on your beloved bicycle. Cyclists have the additional burden of twisting around just to see what is directly behind them. This is very dangerous and can cause accidents. To address this issue, a company suggested that a helmet and handlebar-mounted side mirrors can be helpful in minimizing the twisting. Mini rearview camera and monitor systems are also created especially for you!

Owl 360 has a CMOS video camera attached to the bike’s seat post and a 3.5 inch monitor mounted on the handlebars. The two devices are joined by a cord and the monitor contains a 3.7 volt lithium-polymer battery that can be recharged. The battery powers the camera and the monitor, with an endurance of five hours per charge. You can easily remove the monitor if you are going to leave your bike for a while because the handlebar mounting bracket contains a hot shoe connection.

A ring of ten red LEDs surround the camera. The monitor and camera are both weather-resistant and vibration-protected. Owl 360 costs around $179.99, so think very carefully before buying this stuff.