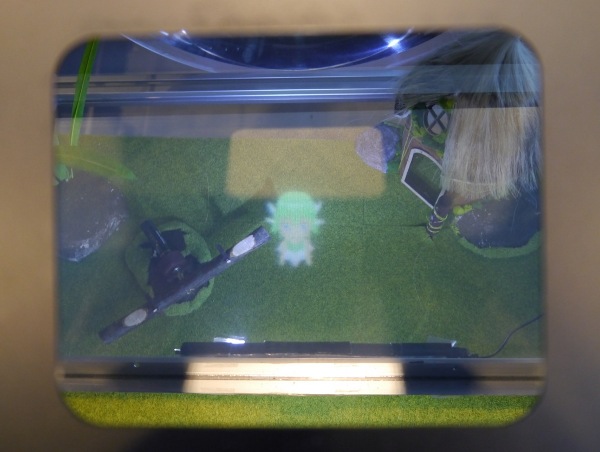 With a touch screen device, it’s easier to compose and send messages, call your friends or browse the internet just by swiping around with a finger. But wait a minute, what if you didn’t actually have to muck up a screen with your fingers, what if it were virtually there receiving your commands in 3D?

Reports reveal that a 3D screen is about to be launched from the research team at Keio University in Japan, they have  just recently developed a 3D screen which allows users to “touch” virtual 3D characters on their gadget. The team called this RePro 3D and it works by combining a naked-eye, full-parallax 3D display that has a tangible interface, allowing users to control or manipulate virtual objects in a 3D environment using their fingers.

The makers of the RePro 3D expounds that their product is a display system which fits interactive 3D applications. In addition, they used a retro-reflective projection technology wherein several pictures from a projector array are displayed on a retro-reflective screen as well. Viewers see a 3D image superimposed on the real screen even without 3D glasses! Now, that’s really amazing.

Some reviews claim that the system appears a bit hacky at this moment. Nevertheless, the makers are planning to make some improvements in order to use RePro 3D for interactive applications. Let us wait for further developments regarding this.