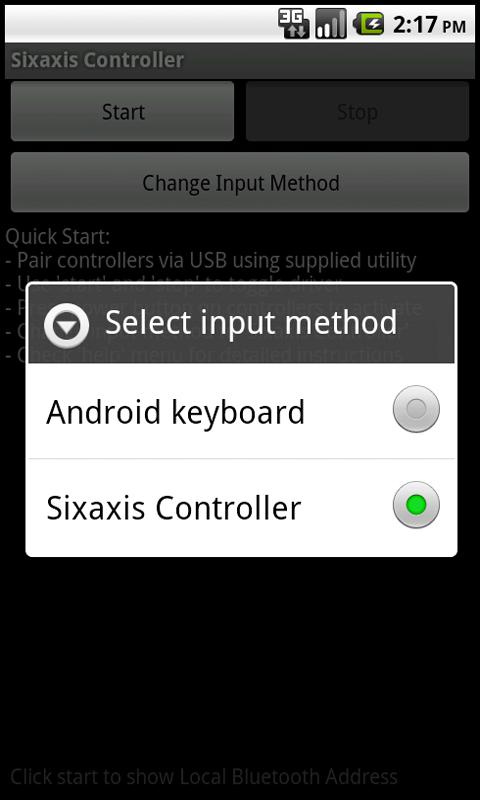 The Sixaxis controllers have been used by the N900 owners for quite a while already, and yet Android tablets have been stuck to the USB tether. Getting envious to the point that you want to switch phones already with your friend?

Gamers who frequently abuse their Android phones for a wide variety of games will be delighted to know that developers Dancing Pixel Studios have released an application called the Sixaxis Controller into the Android market. This app lets users control their Android phone by using the Playstation 3 controller.

Of course, you need to do some things before you can actually use this app. In order to use the PS3 controller, your cell phone needs to be rooted and you also need to manually pair your controller on your personal computer through a USB cable. Once you do that, you can play games either through an emulator or via the Android market using the Sixaxis controller. Make sure to download the free compatibility checker prior to purchasing the app (which costs $1.69/ £1.03, by the way) to ensure that it will work on your phone.

This app does not quite work well with newer Samsung phones and most HTC devices. Also, you can never be really sure that the Xperia PLAY benefits from this since it has no HDMI. Also, Xperia PLAY already has a joypad which somehow negates the necessity for controller access.