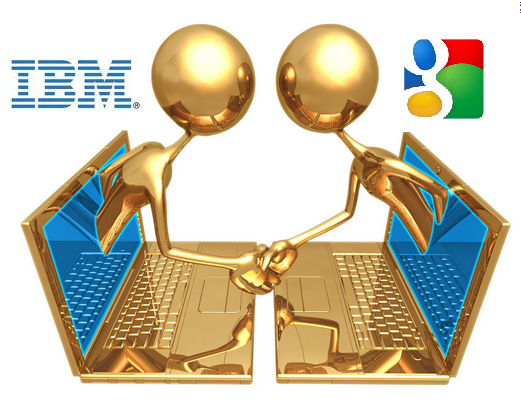 In a conventional modern war, you want to arm yourself with guns, tanks, and fighter jets. In the war between Apple and Google, the ammunition comes in the form of patents and let’s just say that Google has been busy with some stockpiling.

The latest acquisition by Google consists of 1,023 patents from IBM. Apple has been busy suing several of Google’s hardware partners, like HTC and Samsung, so Google is bringing in some heavy reinforcements with plenty of firepower. Remember that Google snatched up Motorola Mobility not that long ago too.

The current deal between IBM and Google has been confirmed by the higher-ups, but they’re not disclosing anything in terms of details just yet. It makes you wonder how much this arsenal of patents cost the search engine megagiant. This is in addition to another 1,030 patents that the big G already purchased from IBM in July.

Through all of this, the biggest winners have to be the lawyers handling all of these lawsuits. Ka-ching!