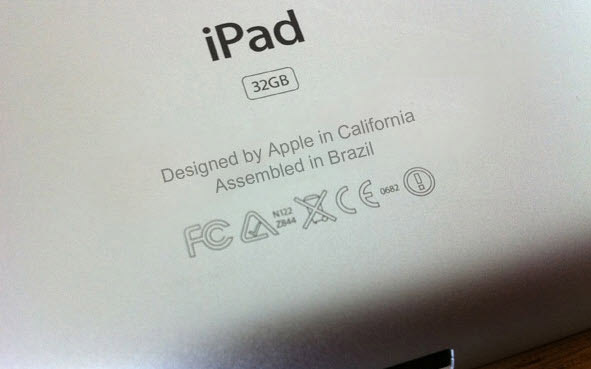 No one can deny the iPad has become really popular, really fast. Thanks to its offerings of audio-visual media like movies, music, games, books and web content, it has been adopted by tech geeks, business people, students and ordinary, everyday consumers alike.

Now the Brazilian website UOL has reported that Aloizo Mercadante, the Brazilian Minister of Science and Technology has confirmed in a hearing with the Commission of Economic Affairs that a new factory located in Jundai is already manufacturing iPads. To add to this surprise, they will be shipped in Brazil starting in December of this year.

You know what this means. This is the first time the gadgets will be made outside of Chinese territory. The minister also added that Brazil is already taking a big step for digital inclusion. Aside from the factory, the federal government is also set to announce the investment in a big factory of games in Manaus Free Zone.

The availability of iPads in the country is the result of a joint effort by Foxconn and the Brazilian government. Expect to se iPads made from Brazil in the coming months. Could this be the start of something big for Brazil?