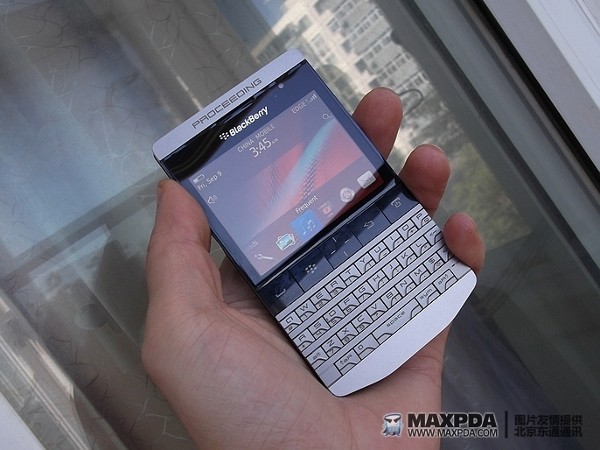 A Blackberry design that was thought to be a fake version of the RIM phone has reappeared either as a third-party overhaul or a discarded prototype. We can’t say for sure, but whoever got a hold of it over at MaxPDA thinks it’s a Blackberry 9980.

The phone possesses a chiseled, metallic look reminiscent of Porsche Design’s work. The 9980 is completely unlike any existing Blackberry in the market but it uses a similar operating system and has many of the similar parts, including the battery from the Bold 9900. Even the layout of the ports, sensors and cameras are the same.

Blackberry phones typically run on China Mobile, but the 9980 is running on EDGE 2G and it is not adapted to the TD-SCDMA for 3G. The word “PROCEEDING” is engraved on the top of the phone for some reason and the keypad of the phone looks very modern.

Reports have it that this phone will be shipped by a Beijing-based source and as a matter of fact, it has already been sold in three raw prototypes. It looks like the 9980 will be a limited edition phone which will get diamond trim. Sources say that it is still unclear whether RIM has finally blessed it or if it is an extensive modification. The mobile phone can also be seen as a third party brand’s mechanism to cater to the increasing audience for upscale goods in China.