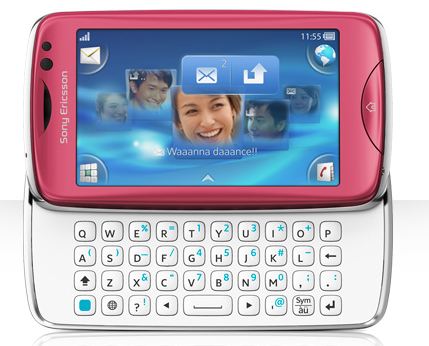 It looks like a smartphone with its touchscreen display, Wi-Fi connectivity, and slide-out QWERTY keyboard, but the newly added Sony Ericsson txt pro is no smartphone. Instead, the newest member of the chatr family is probably better described as a “feature phone” in the same ilk as a Samsung Corby or LG Neon.

I guess the idea is that not everyone wants the full functionality (and full price tag) of a real smartphone. Maybe they find Android too complex or the iPhone too expensive. Whatever the case, the Sony Ericsson txt pro handles most of the basic smartphone-like usage needs, like social networking by way of the unique Friends application. Your five favorite friends populate your homescreen, pulling in their tweets, Facebook updates, and text messages.

Other specs include the Wi-Fi and full QWERTY keyboard, as mentioned, as well as the multiple IM app, 3.2MP camera, media player, and FM radio. By far the biggest appeal of this device is the price. With no term, the txt pro sells for a paltry $125. That’s right around (or less than) the contract price you’d get with most smartphones these days.