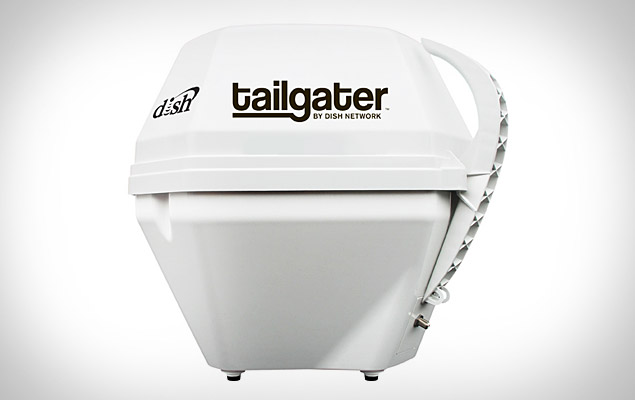 Tailgating before the big game can be a lot of fun, but you could also be missing out on all the other games that are going on around the league during that time. Yes, everyone could whip out their smartphones and tablets to watch some of the streaming stuff, but wouldn’t it be better to get a true HD satellite signal on a true HDTV from the back of your truck, or RV? Now you can.

Dish Network has unveiled the Tailgater. This is a portable satellite TV system that weighs just ten pounds and can easily fit in the back of nearly any vehicle. From there, you connect the Tailgater to your HD Solo Receiver (it doesn’t work with DVR receivers), which in turn connects to your HDTV. Yes, this means you could be lugging a TV in the back of your truck too, plus a power generator or inverter, but that’s the price you pay for true NFL fandom.

The Tailgater portable HDTV system takes power from the connected receiver box via a coaxial cable and it is able to receive up to 1080i signals, as well as 480i, 480p, and 720p.  The Tailgater is available on its own for $399 or as a combo with the HD Solo receiver for $499 from Dish.