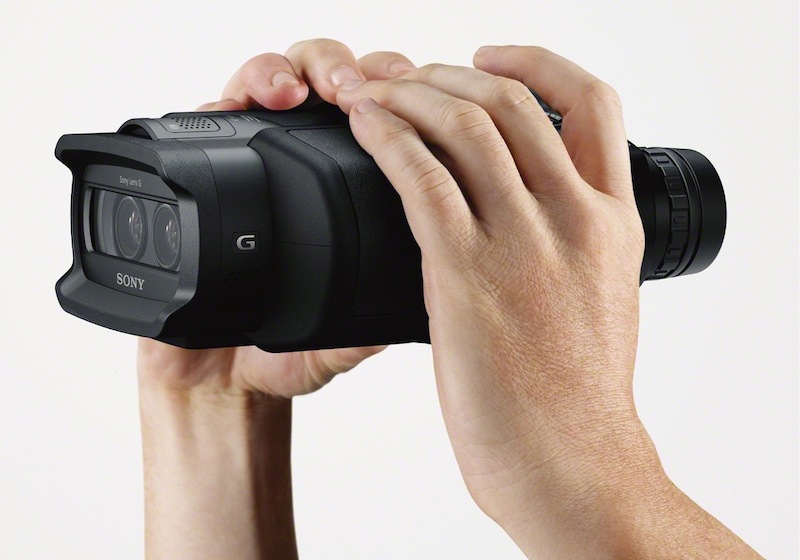 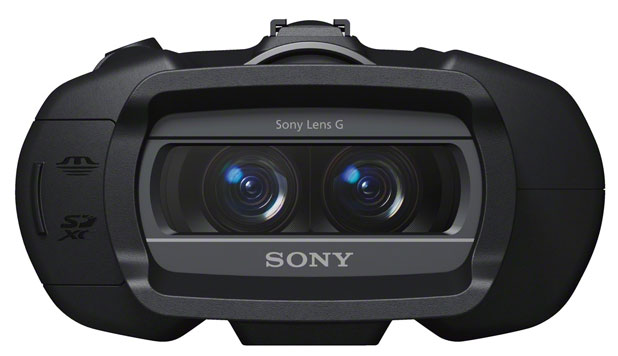 While I’m struggling to think of a use for these that any good DSLR and telephoto lens can’t do, I’m sure birdwatchers or sports fans might feel differently. The binoculars record full 1080p HD video in either 2D or 3D, offering three hours of 2D recording time on a single charge. More impressive, though, is the stereo mic with audio input, two Exmor R CMOS sensors, dual f/1.8-3.4, 0.5-10x optical zoom lenses and Memory Stick Pro Duo and SDXC support.

But they’re not just for recording things way out in the distance, says Sony. The binoculars will capture 2D video of subjects only a half-inch away from the lens, or 36 inches away in 3D mode. With 5.4x optical zoom and up to 20x digital zoom on the DEV-5 model, that could make for some pretty stunning macro B-roll provided you hadn’t had too much coffee in the morning. 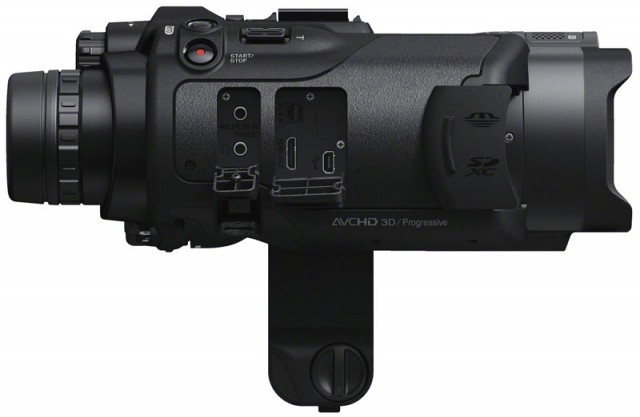 The DEV-5 also features a built-in GPS receiver for geo-tagging clips and shots, a feature passed over for the less expensive DEV-3. Both models, however, do feature electronic auto-focus to keep moving subjects in crisp focus while recording — an option they say is easily overridden by the manual focus dial on the top of the binoculars.

I have to say it’s their “stealth design” that bothers me most.

“The binoculars feature a ‘stealth’ design that eliminates distracting buttons or external details that could reveal a user’s position to wildlife,” reads Sony’s press release. “Both binoculars feature an ergonomic grip area that’s coated with an elastomer material for sure handling and stable operation. Top-mounted controls allow easy operation with gloved fingers, while dual buttons are provided to start recording instantly with either hand.”

I can’t seem to get the image of a glove- and trenchcoat-clad cat-burglaring pervert out of my head, hiding in the bushes outside the apartments across the street and operating a set of these effortlessly with one hand.

The DEV-3 and DEV-5 will be hitting shelves this November, when they’ll cost $1400 and $2000 apiece — right about the time I’ll be investing in some curtains. 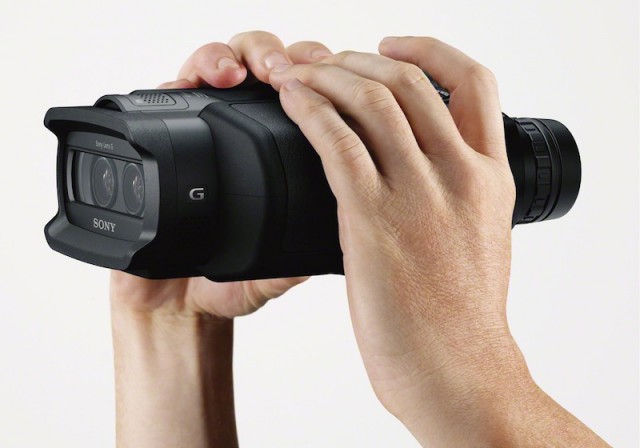