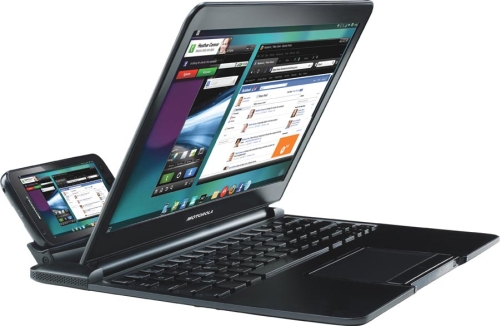 And here we go with semantics all over again. Motorola recently aired a television commercial wherein it claimed that the Atrix was the “world’s most powerful smartphone.” Well, Samsung begged to differ, saying that its Galaxy S II leaves the Atrix in the dust. So, the ad has now been pulled.

This comes by way of a ruling by the Advertising Standards Authority (ASA) in the United Kingdom. The ASA says the ad is misleading. In the strictest sense, it is. The Atrix is powered by a dual-core 1GHz processor, while a 1.2GHz dual core chip runs the show on the Galaxy S II. Based on that raw figure alone, you’d figure the Samsung was more powerful.

But that’s not what Motorola thinks. It says that they didn’t claim they had the phone with the fastest processor; they simply claimed it was the most powerful, thanks to its ability to power that laptop-like dock. So, just because Samsung isn’t selling a “unique computer-like accessory,” Motorola has the “most powerful” smartphone.

Semantics. It’s all semantics. Either way, both phones are going to be trumped with the Nexus Prime once its 1.5GHz processor hits the stage in a couple of months.