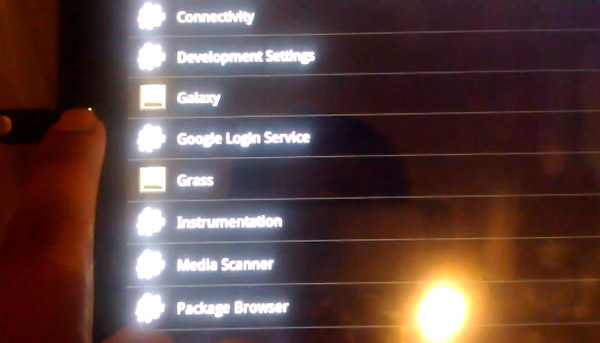 Thanks to a fire sale on the HP TouchPad from pretty much every major retailer, someone went home with a special TouchPad – it’s running Android 2.2. There are currently two YouTube videos posted of the unique tablet, and the device flashes a Qualcomm Innovation Center (Quic) logo so it looks like it was a development project that accidentally mixed up with the fire sale models.

The buyer decided to sell it on eBay, and at the time of this post the current bid was $1,275. HacknMod is also offering a reward of $2,225 as of this posting for a successful port of Android to the TouchPad.

However, more than one person has received a special Android-running TouchPad. Shahzeb Jiwani has also come into possession of an HP TouchPad running Android 2.2… and to the delight of developers and the Android community, he’s decided to make a ROM available on RootzWiki, so everyone who owns one of the $99 tablets can run Android on their tablet.

The files are available for download and the port of Android 2.2, 2.3, and maybe even 3.0 Honeycomb will get a little head start.

Check out Jiwani’s TouchPad running Android in his own video.