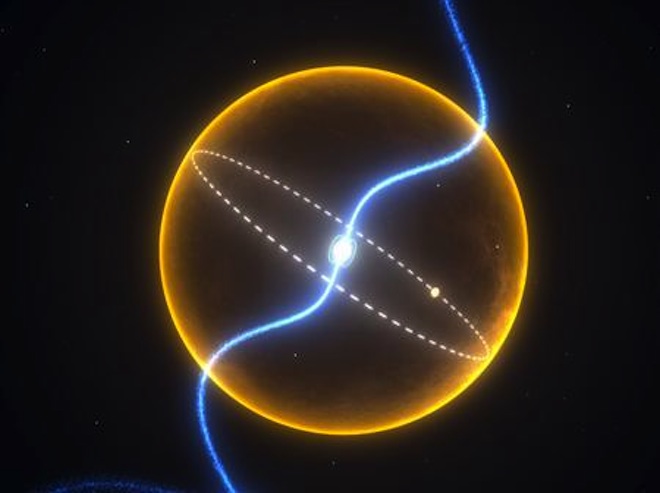 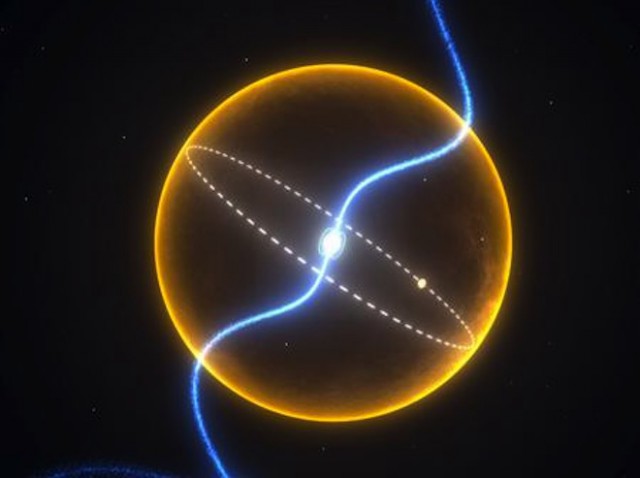 An international team of researchers have discovered a planet they think is made of diamond crystals. The planet is located in our very own Milky Way galaxy, only 4000 light years away from us in the constellation of Sepens (the snake), which is one eighth of the distance to the centre of our galaxy.

The team was led by Matthew Bailes of Australia’s Swinburne University of Technology. The discovery was made while searching for pulsars, which are small, fast-spinning stars. Pulsars are about 20 kilometres in diameter and as they spin, they emit a regular beam of radio waves. Using a radio telescope, the researchers in Australia found a pulsar in the Milky Way galaxy that peaked their interest. The pulsar, known as PSR J1719-1438, rotates more than 10,000 times per minute, and it has a mass of about 1.4 times that of our Sun.

Tiny fluctuations in the radio signals from PSR J1719-1438 suggested something was pulling on it. With the help of two other radio telescopes, one in England and the other in Hawaii, they found that a small companion planet was orbiting the pulsar at a distance of 600,000 km. This means that a year on the diamond planet is only two hours and 10 minutes long. The planet is considered small at around 60,000 km in diameter, but it is five times the size of Earth and has more mass than the gaseous giant Jupiter.

“This remnant is likely to be largely carbon and oxygen, because a star made of lighter elements like hydrogen and helium would be too big to fit the measured orbiting times,” said CSIRO scientist and study co-author Michael Keith.

The density of the planet means that the material is certain to be crystalline, though we can’t be sure if it’s really made of diamonds. The team thinks that the diamond planet is all that remains of a once-massive star that lost over 99.9 per cent of its original mass thanks to the pulsar’s gravitational pull.