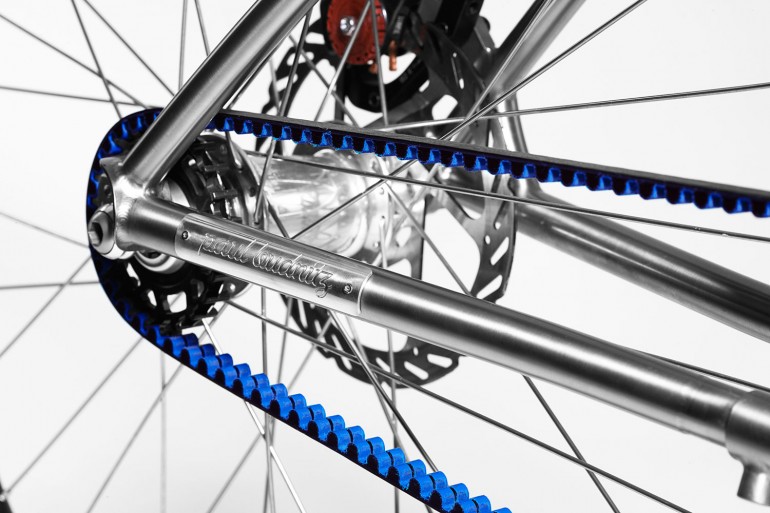 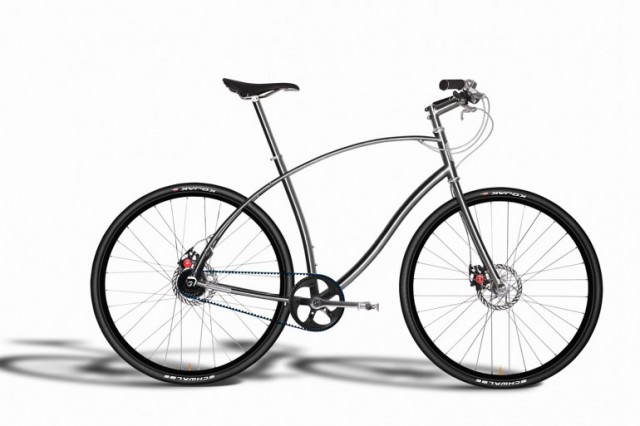 Who needs a fancy Tesla Roadster when you could ditch cars altogether and go for a luxury bicycle? Paul Budnitz, the Kidrobot founder, has created a high-end bike that should last a lifetime. There are two models available; the No1 and No2 bikes are both handmade in the United States.

At the heart of both models is a Titanium Cantilever frame that’s said to be as light as carbon fiber, stronger than steel, and rust and corrosion-proof. The frame’s curved tube bends under pressure to absorb road shock. The No1 commuting bike is described as the fastest commuting bike in the world and is meant for riding to the office or breezing through European cities like Copenhagen. You have the choice of a belt-driven single speed or for an extra $750, an 11-speed internally geared transmission. The bike sports mounts for a rack and a water bottle. Gear and brake cables are hidden inside the frame so the aesthetic value of the bike is not ruined.

No2 is meant for “sunny spring days and errands around town” and features a 3.4 pound titanium frame and fork, and superfat tires. The giant front wheel will roll over anything, including curbs and you can take it out on dirt roads.

Sounds awesome, right? The price tag, not so much. The bikes come in at $5,500 a piece and come in three frame sizes. There’s a 60 to 90 day production window.