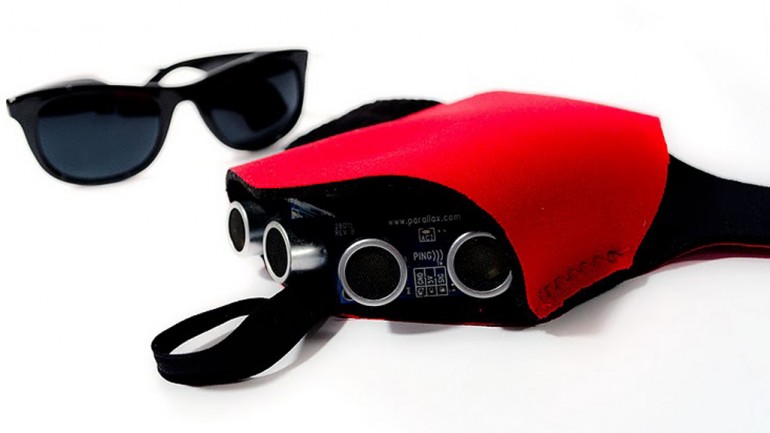 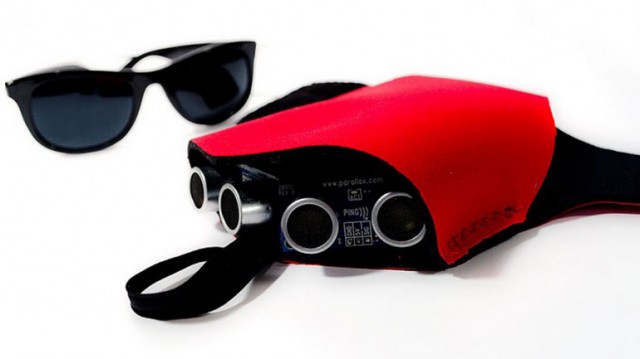 For the visually impaired, a cane can be helpful in tapping out hazardous objects, and a guide dog can be useful when crossing a busy and noisy street. However, a cane has its limitations, and not everyone wants to look after a dog. Plus, what if a blind person happened to be allergic to Fido? A dog isn’t much of a help if a visually impaired person can’t even walk him without breaking out into hives.

For blind people looking for something more practical and efficient, Tacit is a wearable device that uses sonar to measure the distance to objects and provides users with a “view” of their surroundings through haptic feedback. Tacit is worn on the wrist and doesn’t interfere with other assistant devices, so a user doesn’t have to ditch the cane or send Fido packing to the pound.

The prototype works by sending out ultrasonic pulses that are connected to a microcontroller, which calculates the distance to objects by reading the time that it takes for the pulses to return. The microcontroller then translates distance into force feedback through servo motors, which put varying amounts of pressure on the wrist. The force of the pressure tells the user how near or far the detected objects are. The closer objects get, the more pressure is placed on the wrist. By waving their arm around an area, the user is able to make their way through chaotic and busy streets and unfamiliar environments with more ease than by simply using a cane or guide dog.

Tactic was developed by Steve Hoefer at Grathio Labs in the United States. Hoefer initially tried developing a headband with ultrasonic sensors and vibration motors embedded around its circumference, but the most dangerous obstacles tend to represent a tripping hazard around the knee level, and vibrating motors pounding at the skull don’t sound like a barrel of laughs. Plus, pointing with a hand is a lot easier than thrashing around to try and focus on targets. Hoefer also tried infrared sensors, which are smaller and easier to focus than the ultrasonic sensors, but they allow for interference from sunlight, remote controls and security cameras. For now, the ultrasonic sensors, which have a range of 1-inch to 10 feet (2.5 cm to 3 m), are the most cost effective solution.

Hoefer thinks the somewhat bulky Tacit prototype can be reduced to half its size. Hopefully Hoefer can design something similar in size and style to the Bodymedia Fit armband, which is apparently comfortable enough to sleep in. Because how handy would that be?

Currently, the device uses replaceable batteries but Hoefer is working on a prototype with rechargeable batteries that could be easily charged using a magnetically-aligning power plug. Right now the prototype costs around $65, and Hoefer says he will continue to refine the device and provide instructions on how to build Tacit on the Tacit Project page. He has also released the Tacit circuit and software under a Creative Commons BY-NC-SA license.