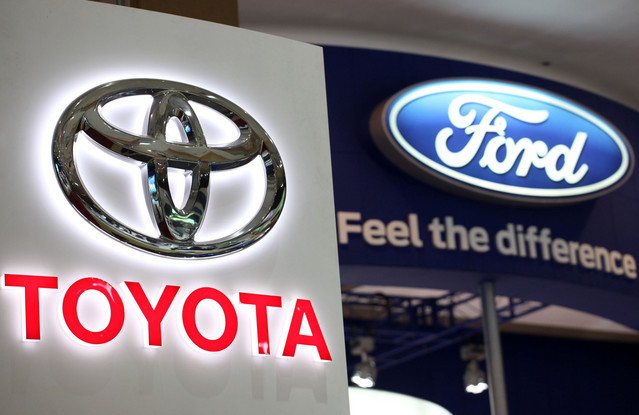 Looks like Toyota is going around making friends with just about everyone in the automotive industry. We’ve already seen the beginnings of the FT-86 (Scion FR-S) co-developed with Subaru, as well as the partnership with Tesla Motors to do the RAV4 EV. And now, Toyota has shaken some hands in Detroit, and will be buddying up with Ford to develop a hybrid system.

A “preliminary agreement” was reached between the two automakers, and they have promised to work together to build a hybrid drive system primarily for pickup trucks and sport utility vehicles. The goal is to have vehicles using the new tech on the road at some point during this decade. They’re also working together on internet-based services and in-car communications. Ford plans to triple its North American output of EVs and hybrids to more than 100,000 by 2013.

Ford knows trucks. Toyota knows hybrids. This partnership makes sense. It’ll also help Ford stay in line with the new CAFE (Corporate Average Fuel Economy) restrictions put in place by Obama, which will force automakers to reach 54.5 MPG by 2025. Trucks can’t really lose the power they need, but they do need to cut back on their fuel consumption. The blue oval had previously worked with Toyota, using Toyota tech in the 2004 Escape Hybrid.