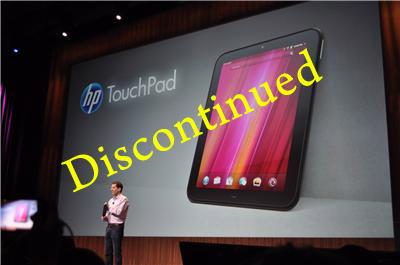 Mere days after HP announced that it was getting out of the webOS game, it seems that just about every retailer has opened up a fire sale on the TouchPad tablet and other webOS devices. If you’re lucky enough to find one in stock, the 16GB Wi-Fi TouchPad can be yours for just $99.99.

Unfortunately, just about everyone is out of stock. I tried calling around to a few different stores last night — Best Buy, Future Shop, The Source — and they all had the same response: we’re out of stock. I even tried to do the clever thing and get a price match done at Staples, which was still listing the TouchPad at its already reduced $399.99 price point, and get 10% of the difference… but I was clearly not the only one to come up with that hare-brained scheme.

Even if you’re willing to bump up to the 32GB model, which has been universally slashed down to $149.99 from $499.99, you’re still going to have a really hard time finding one in stock. People had absolutely no interest in the TouchPad when its price was on par with other tablets, but now they can’t stock enough of them at this ridiculously low price.

And I can’t blame the consumers, really. The TouchPad is still a decent device, webOS is great (even if it may not get the full HP support), and this price is unbelievable. Some stores even have webOS phones like the Veer and Pre3 at bargain bin prices. Good luck hunting down a cheap TouchPad, but there you have it. Now that webOS has a larger established user base, maybe HP’d be interested in licensing it out to other companies?