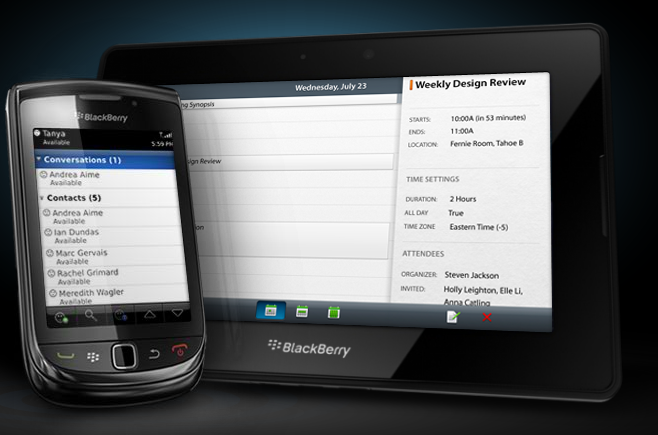 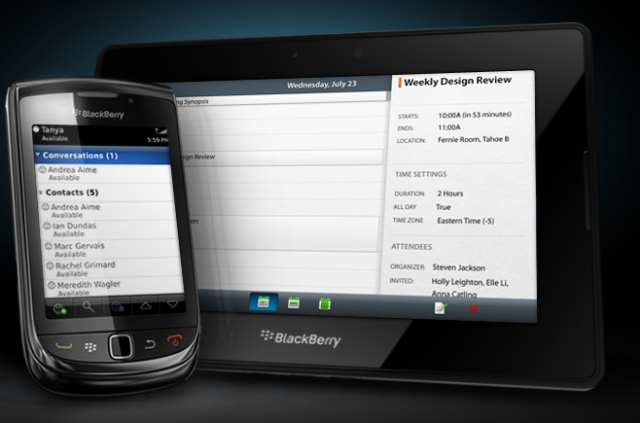 It’s obvious enough to just about anyone that Research in Motion has seen brighter days. The BlackBerry line of devices is very clearly playing second (third?) fiddle to iOS and Android. July was a rough month for the boys and girls in Waterloo, laying off workers and losing market share. Yet somehow, the stock price continues to rise in August. (Check the 1 month view.) Why?

Tim Carmody of Wired has outlined four possible reasons why investors are suddenly starting to feel cheerfully optimistic about RIM… and a lot of it has to do with the recent Google-Motorola deal. For instance, he proposed that RIM could be positioning itself to be up for purchase, not unlike Motorola. Apple, Samsung, and Microsoft are all possible candidates for that acquisition. Even if that doesn’t happen, a “strategic partnership” could form, not unlike the deal between Microsoft and Nokia. If Microsoft plays nice, it could have heavy interest in both Waterloo and Finland.

Just as Motorola split its company into two earlier this year, RIM could also be gearing up to split off its IP holdings or its logistics and solutions division into a separate company. Investors could then choose where they want to be.

Personally, I think one of the biggest reasons why stock traders are suddenly thinking RIM is a good bet is that the Moto-Google deal could throw the Android ecosystem into quite the state of flux. Other Android device makers have publicly stated their support of the deal, but privately, they’re probably gritting their teeth. If big players like Samsung and HTC feel their Android business is being threatened, RIM could swoop in and capitalize on that uncertainty.