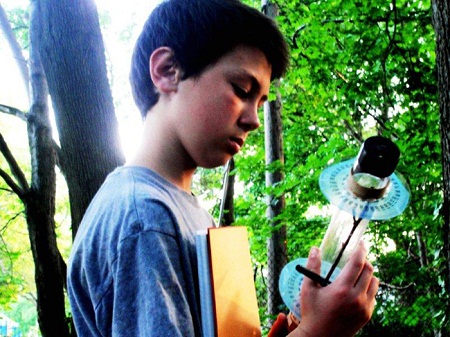 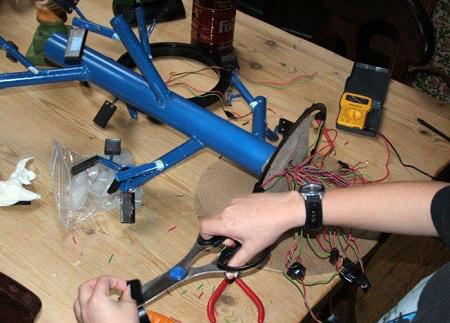 You are probably familiar with the Fibonacci Sequence. It’s that pattern where you add up two previous numbers to make the next number, 1+1=2, 2+1=3, 3+2=5, 5+3=8, etc. It’s pretty neat to see the product of millenia of evolution in the branching of trees, the fruit sprouts of a pineapple and the arrangement of a pine cone. Several other examples have been recorded in nature, and to stumble upon one surely gives a sense of awe at finding some sort of order in the universe.

If it works for plants, why couldn’t it work for solar panels? Aiden Dwyer, a 13-year-old boy from Long Island, came to this conclusion as he was walking through the woods one winter day. Dwyer noticed a pattern in the way leaves and limbs grew from trees, and lo and behold! He discovered that when plants produce new growth, the growth follows a Fibonacci Sequence.

Dwyer, being a precocious and curious kid and knowing that trees use their leaves to photosynthesize, decided to see if the Fibonacci Sequence could be applied to solar panels. Dwyer constructed a tree-like apparatus using the sequence of leaves found on an oak tree. Except on his tree, Dwyer placed photovoltaic cells instead of leaves. He compared the amount of energy collected by his tree against a normal, flat array of solar cells.

As you may have guessed, the Fibonacci array gave 50 per cent more efficiency than a regular flat panel solar collector. Dwyer now has a provisional US patent and is surely being offered deals by companies eager to cash in on something similar. Wouldn’t it be nice if we had rows of tree-like structures to power our homes, instead of the solar cells some picky people don’t like to see in their neighbourhood?