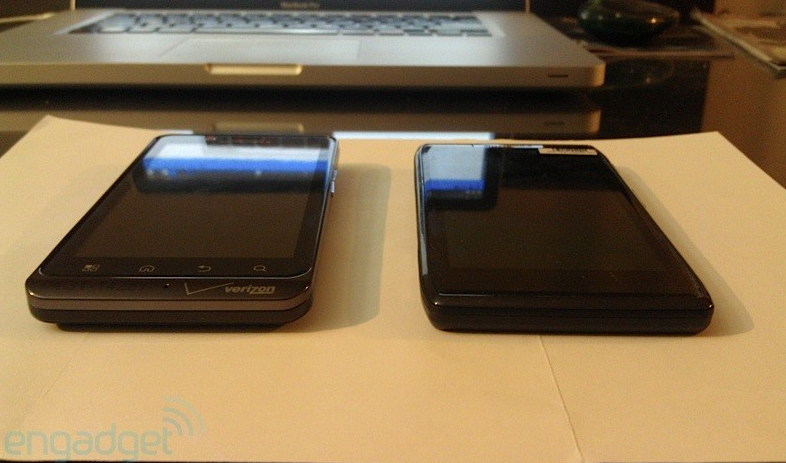 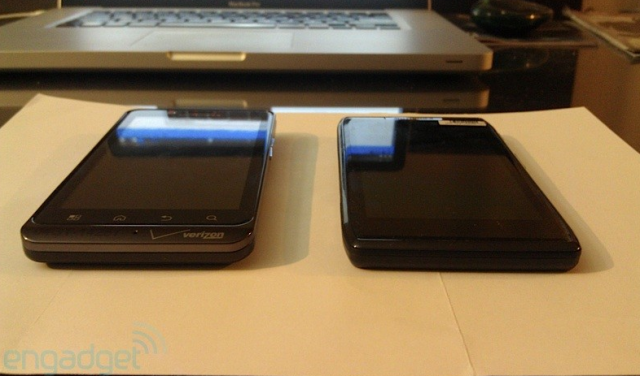 So, in the wake of the Google acquisition of Motorola, it looks like they have quite the monster of a smartphone coming down the pipeline. An anonymous tipster sent Engadget what we think are a few pictures of the jumbo-sized Motorola Droid HD. As its name implies, it goes big with its touchscreen, stretching out into “superphone” territory with a presumably hi-res 4.5-inch display.

We’re guessing that it could go as high as 1280×720 pixels, but that’s just rumor for now. It’d put it into Retina Display territory at 326 dpi. The rest of the specs will likely be in line with current top-tier Android smartphones, including a dual core processor, HDMI out, an 8-megapixel camera, Android 2.3 Gingerbread, and a front-facing cam, as well as 1080p HD video capture with the rear cam. It’s possible that this will ship with Android 2.4 Ice Cream Sandwich.

Considering that the Motorola Droid Bionic, first announced at CES at the beginning of this year, still hasn’t hit shelves yet, could Motorola be shooting itself in its own cybernetic foot with this device? Or is it just in line with the “superphone” trend pushed by devices like the HTC Desire HD and its various incarnations? Will they simply sell this as the Droid X3?