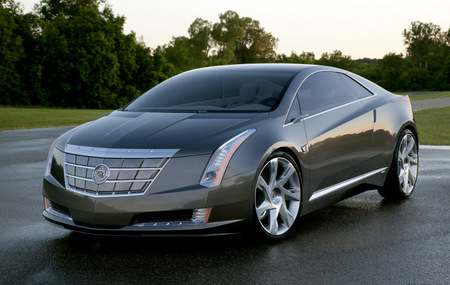 The Chevrolet Volt represents quite the paradigm shift, offering a car to the masses that can be driven primarily on electricity, but can swap over to a petrol engine as needed. But maybe you want something a little more upscale and a little more sporty. Well, GM isn’t going to leave the Volt platform alone, because they’ve just announced the Cadillac ELR.

This Caddy uses the same underpinnings as the Volt, but they’ve made it distinctly more performance oriented and with more of a luxury spin. It’s apparently based on the Converj concept car and its powerplant combines a four cylinder engine and a T-shaped lithium ion battery pack, the latter of which is the primary source of power. The car will use electricity as its primary source of power, and will be able to switch to the combustion engine when the battery gets low.

GM isn’t forthcoming with any nitty gritty details like horsepower, expected range, expected price, or even an intended release window, so we’ll have to stay tuned to their press releases to learn more. I’m not personally a fan of the Cadillac styling, but I am a fan of them taking the Volt concept to other vehicles.