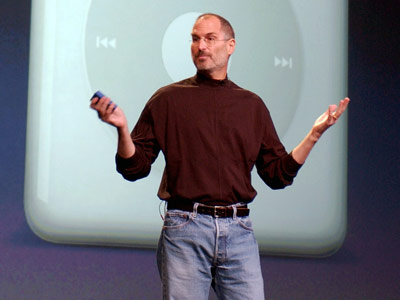 While Apple is embroiled in lawsuits against companies like Samsung and HTC, the iGiant is receiving its fair share of lawsuits from the other side. Aside from being countersued by rivals, including a new one filed yesterday by HTC that claims Apple violated patents, Apple is getting sued by ordinary everyday people too.

Remember when we found out that since the introduction of iOS 4 Apple had been secretly recording geolocation data on the iPhone and iPad 3G, and that location data was being stored in a secret file on your iPhone? Remember how this file was automatically being backed up onto your computer when you would sync up the phone with iTunes? Well, Apple responded by saying that the iPhone was not actually logging your location, but that it was, “maintaining a database of Wi-Fi hotspots and cell towers around your current location, some of which may be located more than one hundred miles away from your iPhone, to help your iPhone rapidly and accurately calculate its location when requested.”

Apple further responded with an update that reduced the size of the crowd-sourced Wi-Fi hotspot and cell tower database cached on the iPhone, ceased backing up this cache, and deleted this cache when Location Services was turned off. Despite Apple maintaining that they were not and are not tracking the location of your iPhone, people were not satisfied.

In April the company was sued by Vikram Ajjampur, an iPhone user in Florida, and William Devito, a New York iPad customer, in federal court in Tampa, Florida. The lawsuit claimed Apple tracked its users without permission. According to their attorney, the plaintiffs are seeking to represent a group of U.S. customers in a class-action lawsuit against Apple. The lawyer said that about one-third to one-half of the country’s 60 million iPhone users could be part of the lawsuit. That would be a lot more than pocket change for Apple if the class-action lawsuit ends up coming to fruition.

To further add to Apple’s woes, in May a second lawsuit was filed in Puerto Rico. The lawsuit contended that Apple transmitted location data to third-party advertisers, and the company is currently facing six different charges, including fraud and abuse. The plaintiffs are asking for monetary damages. The lawsuit also leaves the possibily for other defendants to join in at a later date.

On top of these two potential threats, Apple is now facing trouble in South Korea. Earlier this year, a South Korean lawyer, Kim Hyung-suk, managed to win about $936 US based on the issue, but he’s not done yet. Kim has 27,000 signatures on petition seeking co-complainants for a class-action suit designed to “protect privacy rights.” The total cost of a ruling against Apple in South Korea would amount to around $24.6 million. Sounds like pennies to Apple, right? But Apple is facing those two lawsuits in the US which could potentially turn into class action lawsuits, and if the plaintiffs win, this could create a ripple effect that spreads into other countries with more and more consumers eager to cash in.

Apple is used to being on the other side of the fence, and suing anyone when it comes to protecting the company’s intellectual property, including one of their biggest suppliers like Samsung. If a class-action lawsuit takes off in the US and South Korea, Apple will have a lot more to worry about besides twisting the arms of Samsung and HTC.