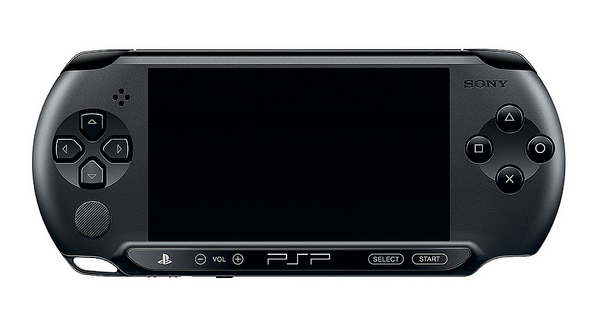 Well, that was unexpected. We all know that the PlayStation Vita, previously known as the Next-Gen PSP (NGP), is almost ready for public consumption, but not everyone is prepared to fork out the $249 starting price for the hot new handheld. So, Sony has just announced a cheaper version called the PSP E-1000.

Maybe this is in response to the recent price drop on the Nintendo 3DS. In any case, the cheaper PSP E-1000 has received a retail price of just 99 Euros, which works out to be just under $150 US. Not surprisingly, some features get stripped away at this lower price point. There’s a UMD drive compatible with legacy PSP titles, but they’ve done away with the Wi-Fi.

Gamers can still get their downloads, but they have to do so by physically connecting the PSP E-1000 to a web-connected computer, and utilizing Sony’s Media Go service. We’re hearing it gets a matte black finish and will hit shelves this fall. It’s unclear whether the cheaper model will be compatible with higher-end titles to be released on the PS Vita, but I imagine that it must. After all, you’d otherwise be stuck with just old PSP games and, in that case, you’re probably better off just buying an old PSP.