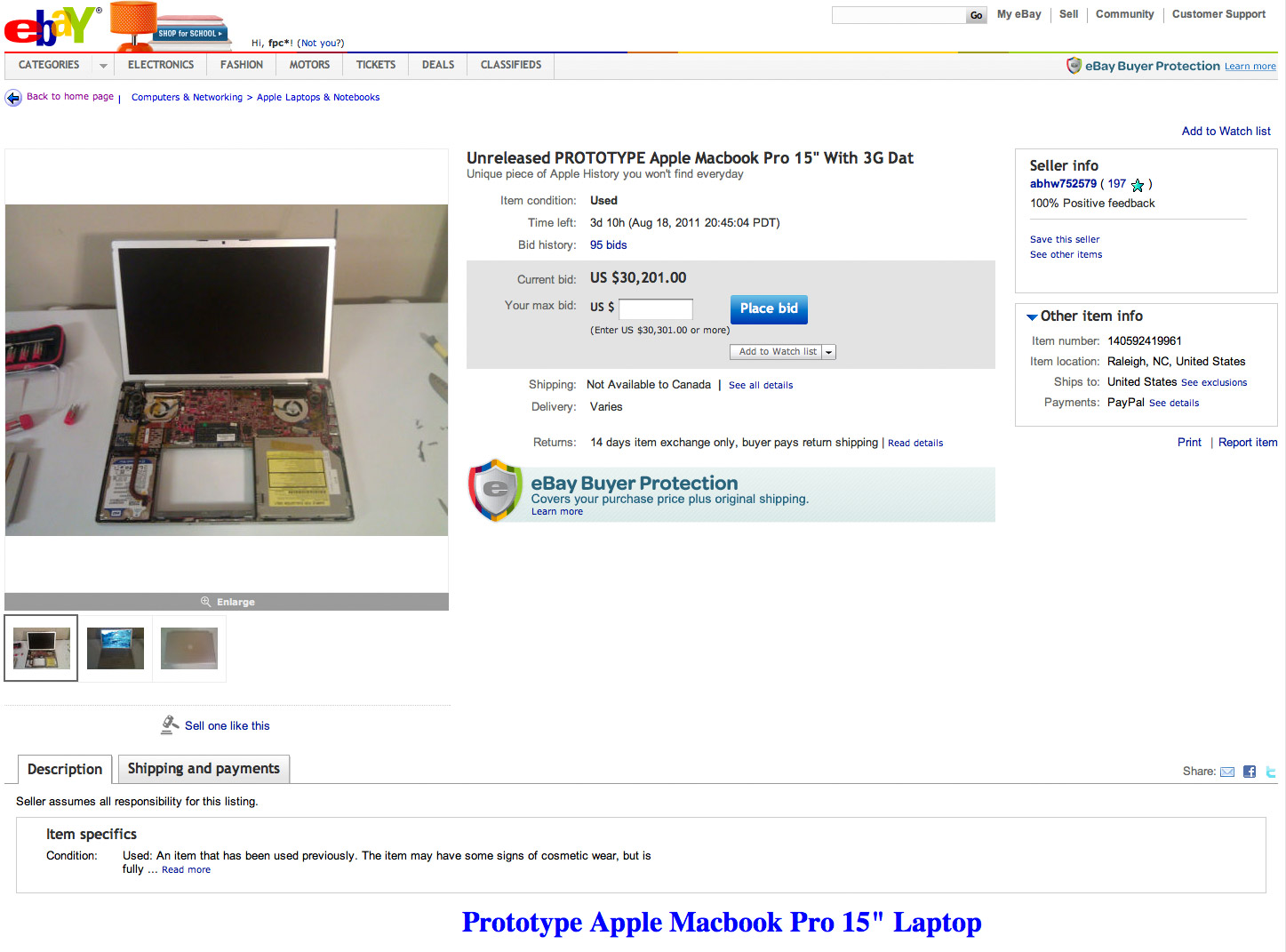 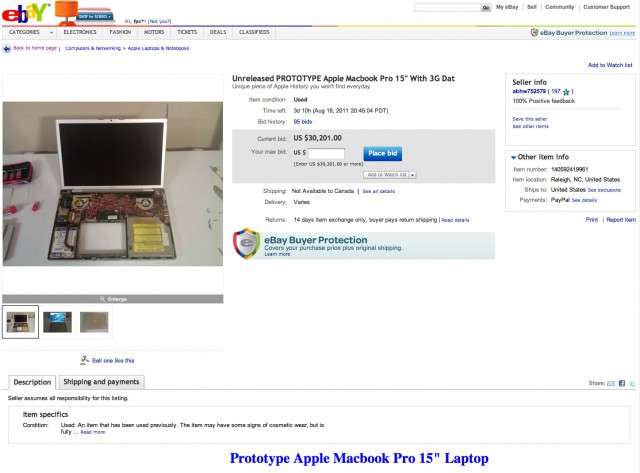 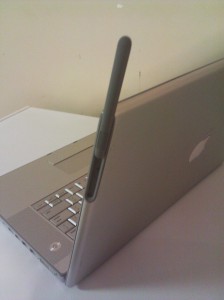 An eBay auction has been spotted revealing a never before launched MacBook Pro prototype.  This MacBook is somewhat sought after, as it a built-in 3G cellular data radio to provide wireless connectivity anywhere, it seems Apple had worked on this 4 years ago as a possible feature upgrade to its MacBook Pro line, but we all know that never came to fruition.

In order to connect to the internet when not near a Wi-Fi area, Mac users would need to have a separate Mi-Fi or a 3G USB Modem, not a super big deal.  But an integrated 3G cellular  modem would change things for the better, since it would be an out of the box solution.

The auction featured a MacBook Pro Santa Rosa, dating back to 2007 with a 3G antenna, 3G hardware and SIM card slot to be purchased “for parts” from an eBay seller who claims to have got if off Craigslist. The seller, who was able to re-assemble and get the macbook into operating condition says the data connection isn’t operable, although it is seen by the operating system.

It’s been four years since this prototype has been created and so far, no sign of integrated 3G Mac.  The auction was pulled after it reached $30,000 USD and possibly received complaints from Apple.