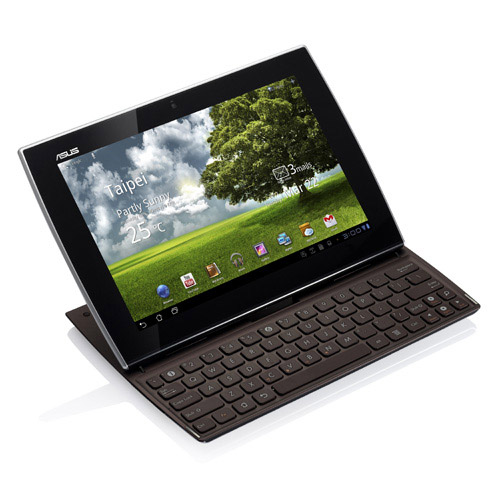 Asus has lifted the lid on their Eee Pad Slider, making it available online for orders and immediate shipping. As previous rumors had it, the 10 inch tablet would feature an NVIDIA Tegra 2 processor, 1 GB RAM and an integrated keyboard. Plus, the SL101 Slider would come in two versions, allowing you to choose between 16GB of storage space and 32 GB. Of course, the price will also vary $400 for a 16GB unit and $550 for a 32Gb one.

Since the Asus Slider has an integrated keyboard, it won’t be as slim as the normal tablets: it measures 0.68” deep and it weights 2.12 pounds. The tablet is expected to come with Android 3.1. Honeycomb and hopefully, the Android 3.2 update would come sometime in the close future. The Eee Pad Slider sports a 5 megapixel back camera and a 1.2 megapixel front one, features USB port, mini HDMI support, headphone jack and micro SD memory card slot.

Its expected to reach many more countries and reseller channels next month, but until then you can order it from the Asus official website. They should be safe from Apple’s lawsuits even though it runs Android, it has a unique slider keyboard which to our knowledge Apple holds no patents to.