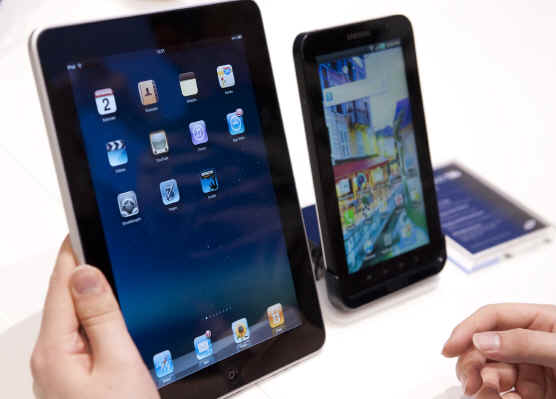 Chalk another win for Apple.

German courts have ruled in Apple’s favour in the California company’s latest lawsuit against Samsung. The ruling states that no Galaxy Tab 10.1 tablets will be sold in the European Union (Netherlands excluded) due to alleged infringement of both patents and style. Any store who infringes on the ban and continues to sell the device will face either $350,000 fines or imprisonment of management.

“It’s no coincidence that Samsung’s latest products look a lot like the iPhone and iPad, from the shape of the hardware to the user interface and even the packaging,” said Apple after the ruling. “This kind of blatant copying is wrong, and we need to protect Apple’s intellectual property when companies steal our ideas.”

The ruling is a preliminary injunction, and Samsung says they’ll be working hard to appeal and reverse the continent-wide ban on their newest tablet.

“Samsung is disappointed with the court’s decision and we intend to act immediately to defend our intellectual property rights through the ongoing legal proceedings in Germany and will continue to actively defend these rights throughout the world,” Samsung said. “We will take all necessary measures to ensure Samsung’s innovative mobile communications devices are available to customers in Europe and around the world.”

The win comes on the heels of Apple’s other patent-suit win against HTC, and may set a rough precedent for other manufacturers looking to release 10” glass and metal tablets in the near future.