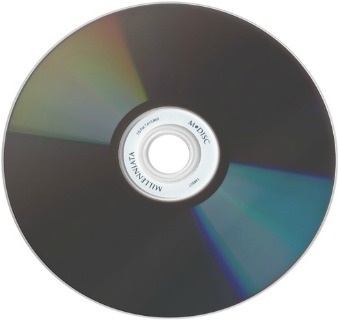 Squash it, smash it, throw it, hit it, do whatever you want to your M-disc, since nothing could harm this immortal optical disc that is said to last forever. Millenniata and LG are planning to release an optical disc to store data that is said to last forever. The disc can be accessed using a DVD or a BlueRay player and it is also read/write player.

Millenniata invites you to test the M-disc, claiming that you could even dip it in liquid nitrogen and boil water without doing any harm to it or to the stored data. It may be better off to hand it over to the Google Chrome team and see what they can do to it.

The material of the optical disc is top secret. Millenniata CEO Scott Shumway doesn’t want to reveal their wonder material, naming it “stone-like”. Similar to the regular optical discs, the M-disc is made of multiple layers of material, but unlike the DVDs or BlueRays there is no reflective or die layer.

The super M-disc will be launched in October by Millenniata and its partner LG. According to Shumway, LG won’t be the only one to be able to use the discs, but any DVD player maker could produce M-Disc machines provided that they upgrade their product’s firmware.

You could start torturing the M-disc later this fall to see if it really is that resistant. , They will be priced at under $3 a pop.