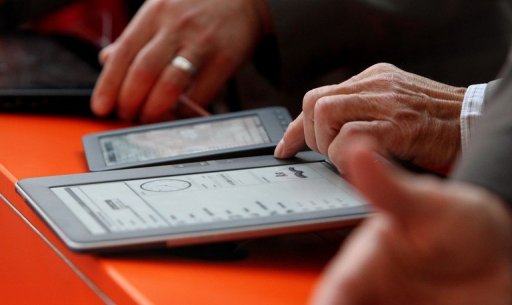 Even though many people have started to use tablets, the e-paper technology found within several e-readers is still quite remarkable. A group of scientists from Taiwan’s Industrial Technology Research Institute have developed a new form of rewritable electronic paper that does not require any electricity at all.

Well, sort of. It doesn’t require any power to retain an image that has been put on it, but you will need some power to change whatever has been written on it. That’s nothing new, but what’s really interesting is that the erasing and writing process is thermal-based, not unlike old school fax machines. The e-paper itself is rewritable up to 260 times.

Yes, it needs thermal energy, but that could still prove to be much more eco-friendly than printing on traditional paper or consuming the electricity needed to power a traditional LCD screen. The display is also flexible, which would help to give it a more paper-like versatility. The goal is to have this new technology, dubbed i2R e-paper, ready for mass market consumption within the next couple of years.