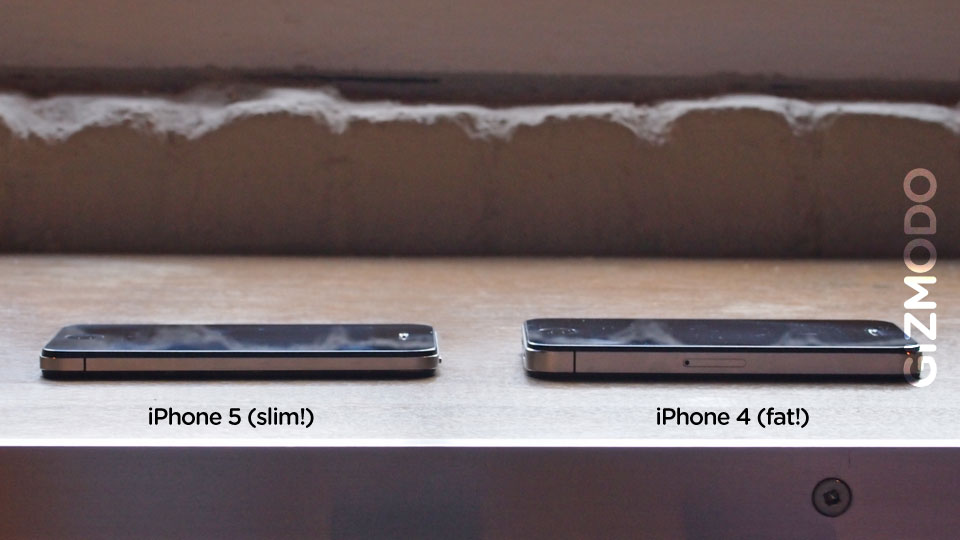 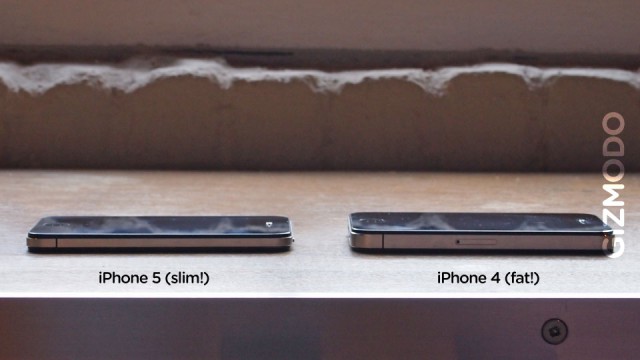 With the release of the iPhone 5 around the corner, the rumours are ramping up once more. The latest: The Slim iPhone 5.

Started by a francophone who tweeted a photoshopped picture of a condensed iPhone 4, Macrumors ran the pic without the cutline – which read “A picture like this could drive some sites crazy…” in French. As a bonus, we’ve also seen a “spy shot” of what appears to be a man on a train texting on an iPhone 3G or 3GS. This was also labelled as the iPhone 5. But when it comes right down to it, the most reliable Apple leaks are coming from China. Giz-China.com last week ran a series of photos of what they claim is an iPhone 5 clone, with slick rounded-glass front and back panels and a steel band around. The phone’s appearance is somewhere between 3G and 4, bringing back the rounded edges but keeping a slimmed version of the metal ring. This, in my opinion, is what we can expect to see in Jobs’ hand this fall.

But that’s all neither here nor there. What do you think? Will the latest iPhone resemble one of these? Let us know in the comment section below.