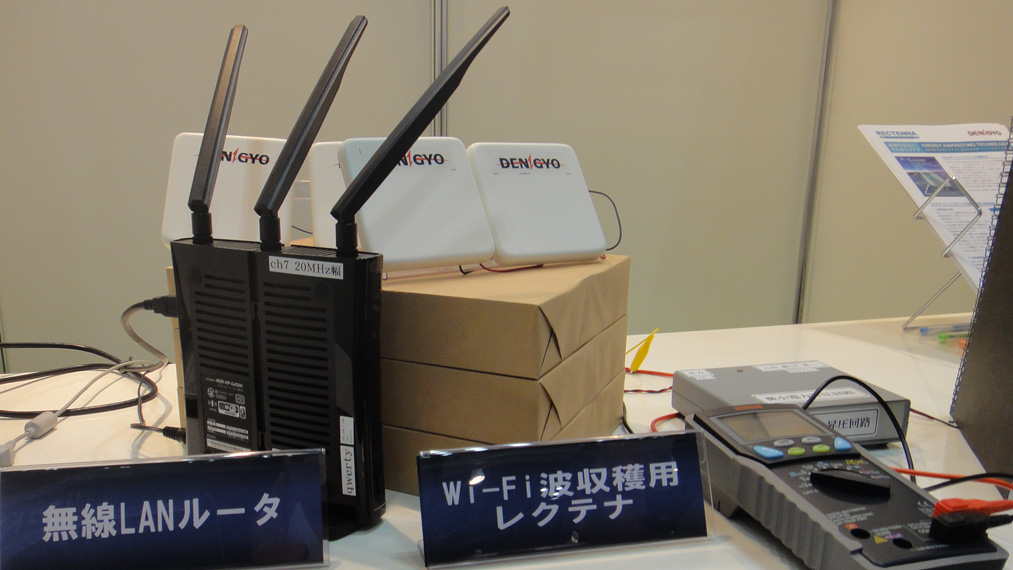 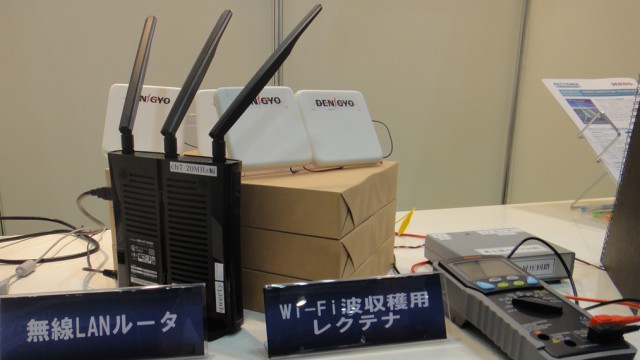 Two companies in Japan have created new lines of devices capable of powering small electronics using electricity from various radio and wireless signals in their environments.  The first was developed cooperatively by Tokyo Electron Device and Powercast in the U.S., and can draw up to 2.5 milliamperes out of 800 MHz cell phone signals. Tokyo Electron Device is pushing the technology as an ecological power source, claiming it could extend the life of tablets and notebook computers by a few minutes if built in.

The electricity generated is stored on a small li-ion battery until needed. Tokyo-based Nihon Dengyo Kosaku has also demonstrated their rectennas (see video below), which use Wi-Fi or terrestrial broadcast waves (from radio or TV stations, for example) to power low-demand devices. At 12 mm thick for Wi-Fi and 30 mm thick for terrestrial signals, the generators need only 50µW of power to start.  The team hopes the rectennas may be able to power small sensors or tag devices.  We hope it will be able to power our cars while we drive down the road.