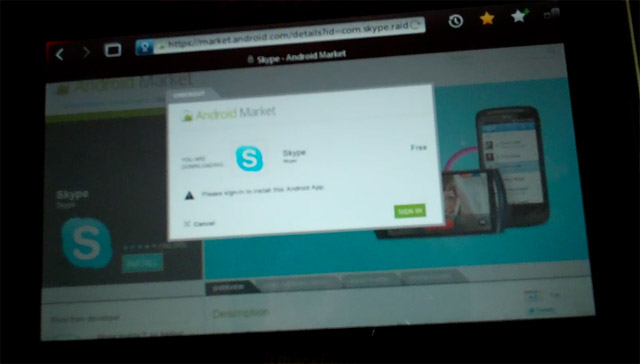 There’s just one sign after another that Research in Motion rushed its tablet to market, hoping to strike the pan while it was still hot. The PlayBook came roaring out of the gates with all kinds of promises, only for us to learn that these promises aren’t exactly being fulfilled at time of launch. Like being able to run Android apps. Well, that’s almost here we think.

At the time, RIM announced a very bold strategy, saying that in addition to the apps being developed specifically for its new tablet platform, the PlayBook would also support the thousands of pre-existing apps developed for Google Android. It still can’t do that, but now we’re hearing that it will do that in “late fall.”

Earlier, RIM said that the Android compatibility would be ready for the summer. We’re about halfway through the summer already and there’s no Andy love on the QNX-powered PlayBook in sight. The “late fall” time frame comes by way of a “reliable source.” The way things are shaping up, we might not get a dose of Android on the PlayBook until a PlayBook 2 is released. Le sigh.