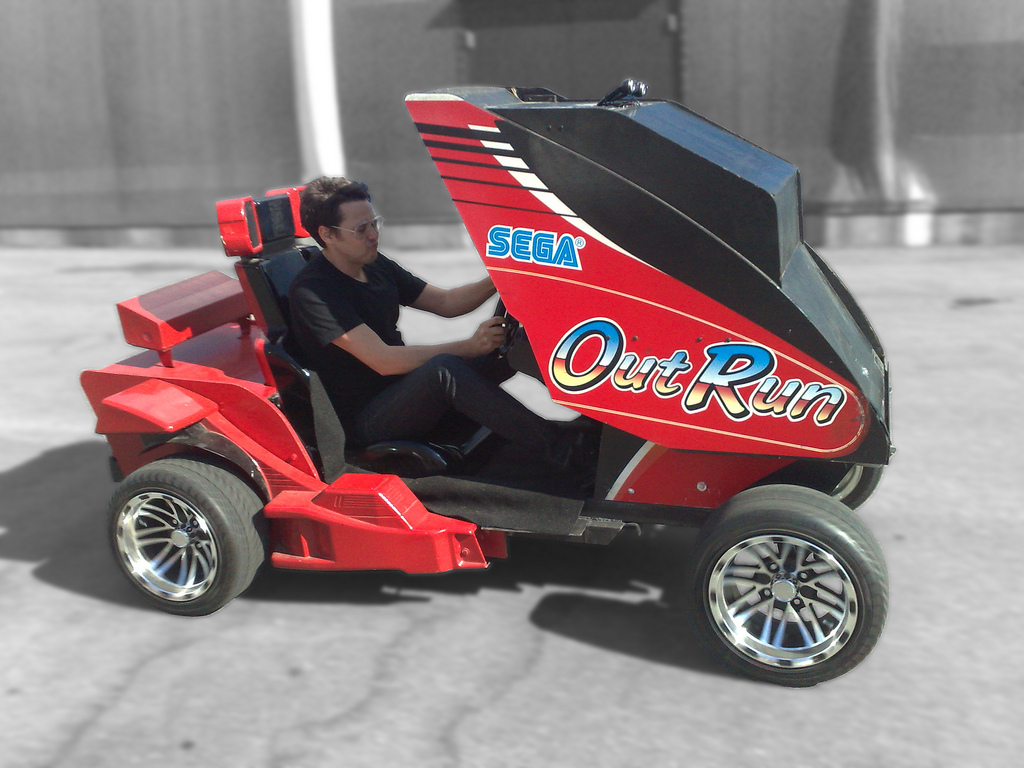 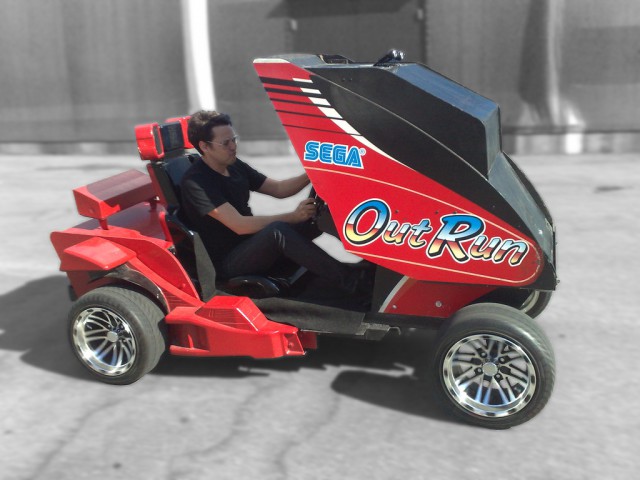 This is an awesome idea, but I can never imagine it seeing the light of day as a commercial release. Basically, Garnet Hertz of the University of California Irvine has cobbled together what looks like a Sega OutRun cabinet from the 80s, except it’s a real functional vehicle that can really drive around on the road using augmented reality.

The cabinet is outfitted with a series of cameras and then the computer algorithm interprets the road that it sees in front of it, rendering that with the same 8-bit gaming graphics as the classic racing game. If there’s a right turn coming up on the golf cart path, you’ll see a right turn in the game in real time. You also still get the pretty blonde in your virtual passenger seat.

The trouble, of course, is that this is way too dangerous. You don’t actually see anything in front of you. You could just as easily run over young children or bumble your way straight into a lamp post. To be fair, the max speed is a mere 13mph, but that doesn’t really mean that it’s all that safe. In the demo video below, you can even see Hertz constantly peering around the cabinet to see the obstacles ahead.

Cool idea, though. I’ll give him credit for that. I’m sure it costs more than a roll of quarters too.