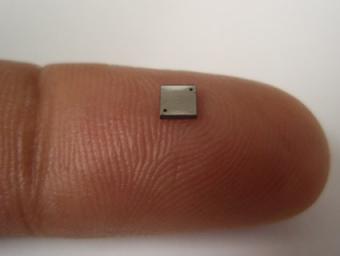 American researchers at the Rice University in Houston, Texas have created the world’s smallest battery, fabricated with an array of nanowires measuring only 150 nanometres wide — thousands of times smaller than a human hair.

The minuscule lithium ion batteries, say the reasearchers, may be chosen as the rechargeable power sources of future nanotechnologies. The lead researcher, Prof. Pulickel Ajayan, has gone so far as to claim the invention is the smallest such batteries will ever get.

The nanowires are constructed from bands of either nickel or tin as an anode, polyethylene oxide electrolytes and polyaniline as a cathode. Though the battery isn’t in its finished form yet, the team says the capacity is noteworthy, but they’re still working to fine-tune the materials “to increase their ability to repeatedly charge and discharge.”