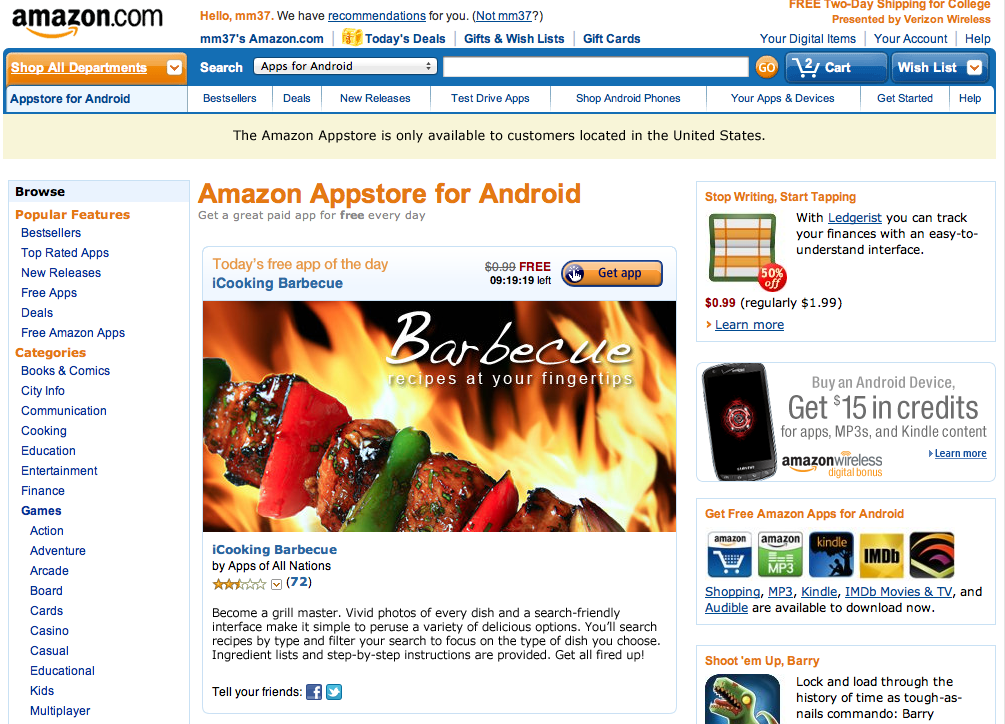 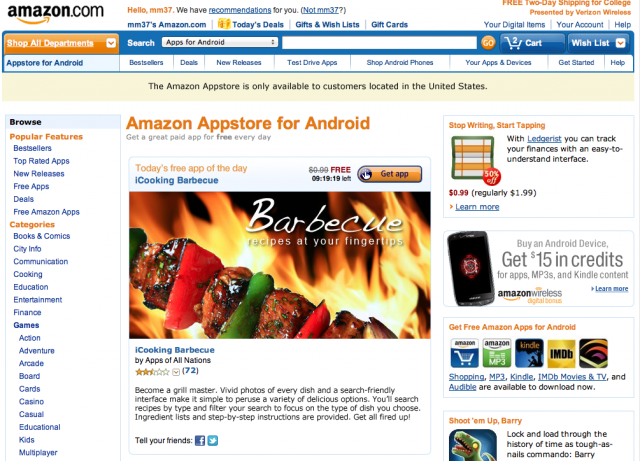 You’d think that getting that kind of front page billing would be very beneficial for developers. They get their name out there and they get in front of the eyeballs of thousands of people that may not have otherwise found their app. Unfortunately, things aren’t always quite as peachy-keen as these devs had hoped.

You see, the way that you can get your Android app featured on the front page of the Amazon Appstore is to agree to be the “Free App of the Day.” The idea is you get the promotion, build up the user base, and gain more sales down the line as a result. However, there is a stipulation in there that goes contrary to earlier assumptions.

Amazon sets the price of the apps sold in the Appstore, giving a 70% cut back to the developer. However, the developer can set a “list price” and be guaranteed to receive at least 20% of that. If you get promoted as the “Free App of the Day,” though, you waive that right. You earn nothing. And that’s what happened to Shifty Jelly, developer of Pocket Casts.

It got promoted as the Free App of the Day one day and got over 100,000 downloads. That resulted in zero dollars, of course. The day after the free promotion saw only 20 sales, then 14, then just one or two. In effect, Shifty Jelly lost money, because it then had to deal with up to 300 e-mails a day from the new 100,000+ users asking for support, plus all the additional server hardware to handle the new load. Free apps are a tough business, and many developers for iPhone experience the same thing with iOS related “free app sites.”

It has also decided to sever its relationship with the Amazon store, and recently tweeted that it had now been told the app can’t be removed unless it was also taken down from the Google Marketplace, though we’ve not been able to confirm that with Amazon.

The take home lesson is similar to that of trying to promote your business, company, or app through Amazon: know what you’re getting into and recognize that it could backfire.