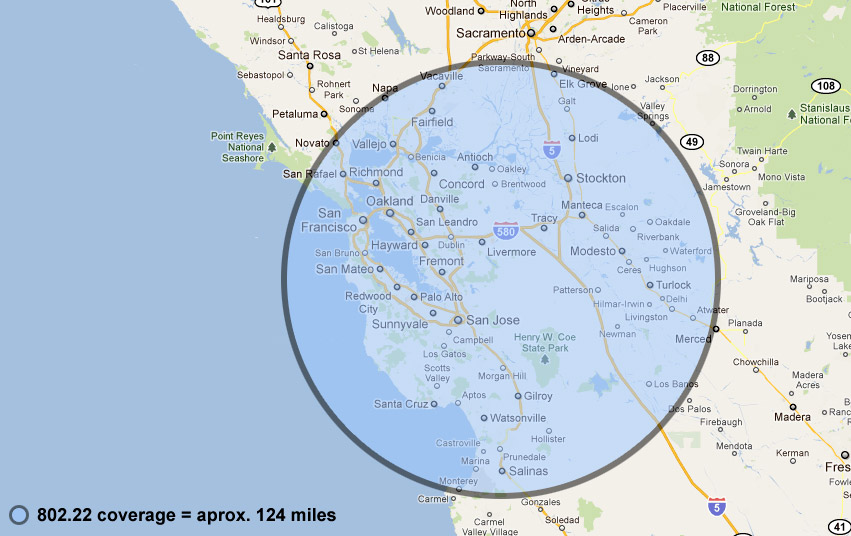 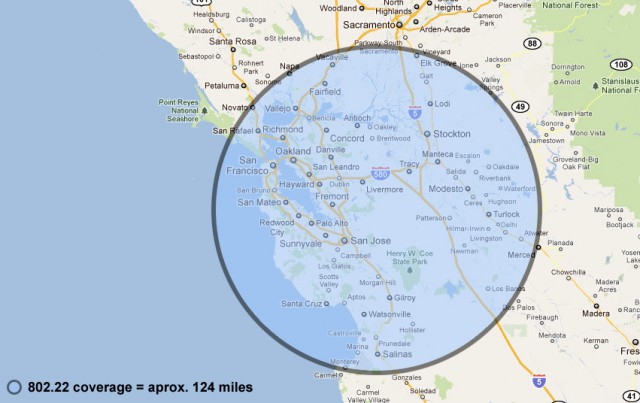 Time to add another series of numbers and letters to your growing roster of acronyms. Most people know about 802.11 as the standard for Wi-Fi and some people might know that 802.15 as Bluetooth. Well, the folks at the Institute of Electrical and Electronics Engineers have completed the new IEEE 802.22 wireless network standard.  They’ve been working on this new standard since 2004, but it’s finally ready. The huge advantage here is that the standard will be able to have a 62 mile range (100 km) from the base station. Doing some quick math, that works out to a coverage area of over 12,000 square miles (31,416 square kilometres). It’ll use what are known as Wide Regional Area Networks, or WRANs.

The IEEE 802.22 wireless network standard utilizes the “white space” that exists between channels in the TV frequency spectrum, which stands between 54 MHz and 698 MHz in the United States. The goal isn’t so much to use these in urban areas as much as it is to provide broadband (up to 22Mbps per channel) access to sparsely populated rural areas and developing countries.