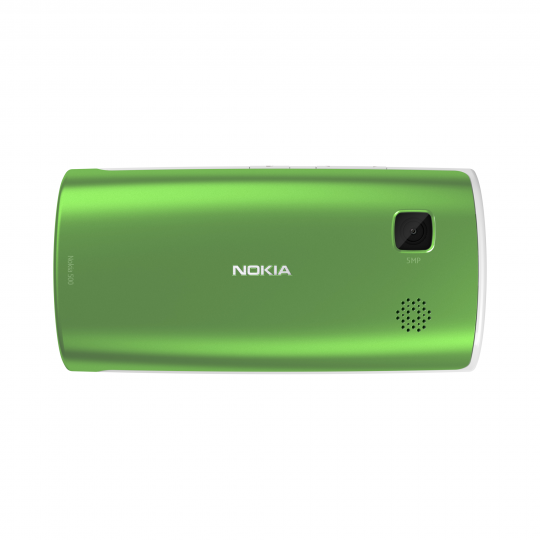 I thought that Nokia was slowly trying to wean itself away from anything Symbian and focus its efforts on Windows Phone 7. Maybe not entirely, because what you’re looking at here is the Nokia 500, not an E-series nor an N-series. Instead, the Nokia 500 is the first smartphone to be powered by Symbian Anna.

The idea here is to take the Symbian framework and provide it with a “refreshingly new UI” for the phone. It’s supposed to give you better browsing and message composing, as well as updated Nokia Maps with free drive and walk navigation. Other specs include the FM radio, Ovi Store access, 3G connectivity, WiFi-b/g, Bluetooth 2.1, 2GB internal memory, and microSD expansion.

There’s no front facing camera, but you get a 5MP shooter in the back and a 3.2-inch 640 x 360 capacitive touchscreen on the front. Oh, and there’s a peppy 1GHz processor running the show too. It may not be groundbreaking, but we’re expecting the Nokia 500 to launch in Europe for just 150 Euro. That’s only about $213, making for quite the powerful smartphone at a reasonable price. If it makes it our way, I think it’d be a good fit for guys like Wind and Mobilicity, don’t you think?