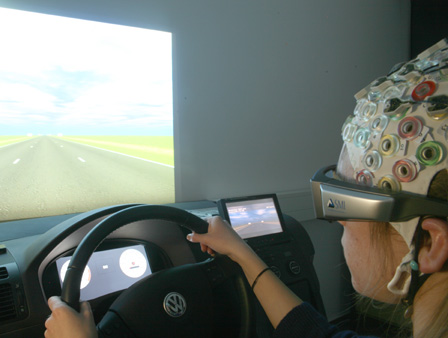 As reported in the Journal of Neural Engineering, German researchers have measured drivers’ brain signals to predict when a driver is about to hit the brakes and identified the most active parts of the brain when braking. Thus, they have developed a mind-reading system that detects the driver’s intention to break 130 milliseconds before he actually hits the pedal.

It may not seem like much, but when driving at 100km/h, the time could be enough to reduce the braking distance by nearly four meters! Just imagine how many accidents could be avoided. But things aren’t that easy. The measured brain signals, which occurred consistently among the research’s subjects during emergency brake situations, are actually not specific to braking. The mind-reading system could misinterpret a driver’s intention and send a false signal, braking the car when there is actually no need to.

Plus, even if the system has worked just well in lab conditions, actually applying the technology in the real world would be a hard nut to crack. Not to mention there are low chances drivers would actually enjoy driving around with a computer on their heads and electrodes attached to their scalps.