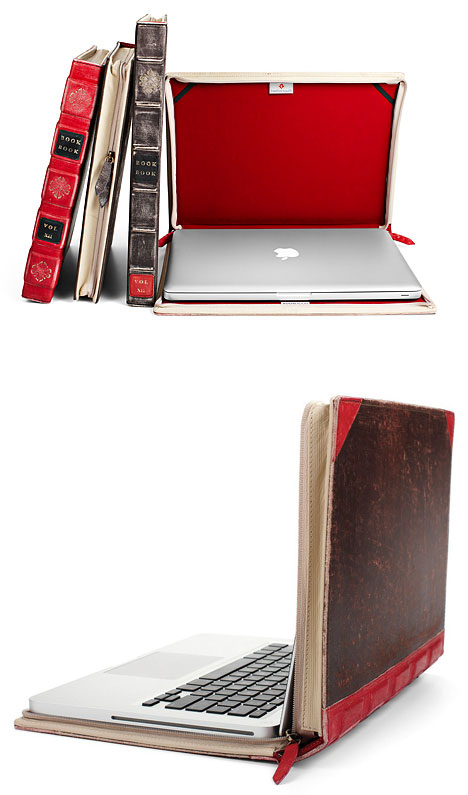 And yes, it’s made by the same folks at Twelve South. The core functionality is anything but extraordinary, but the outward appearance will certainly help you dodge a thief or two. There aren’t too many people who will want to steal what looks like an old encyclopedia, but there are plenty of crooks eyeing your MacBook.  The vintage look remains intact, just in a larger scale than the iPhone version. There’s also a zipper that runs down around the case helping to seal it away from elements. The zipper might be a dead giveaway that this isn’t a real book, but a rushed thief probably won’t look that closely anyhow.

The Twelve South BookBook hardback leather case for MacBook Pro is available in your choice of Vibrant Red or Classic Black and they make them for 13-inch ($79.99), 15-inch ($79.99), and 17-inch ($99.99) MBPs.  Whether not an iMac leather bound edition is in the works remains to be seen.