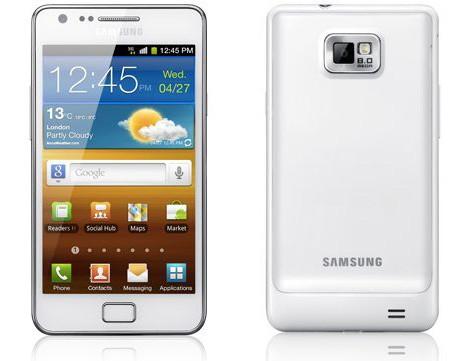 As far as Android phones are concerned, the Samsung Galaxy S II is easily one of the best. That brilliant Super AMOLED display, that peppy Tegra2 processor, that super slim profile. She’s an absolute beauty, but maybe you’re not a fan of the color scheme. Well, Samsung is trying to spark some additional interest in this superphone by announcing a white variant.

It’s amazing, really, how excited people get over just a new color for an otherwise identical phone. Look at how long it took Apple to figure out how to release a white version of the iPhone 4. In any case, the white variant of the Galaxy S II will be made available initially to UK customers, nabbing their pre-orers through Clove. The expected arrival date is August 15 and we’re hearing of the full retail price being pegged at 492 GBP (almost $800!).

The assumption is that Samsung will also be shipping the white Galaxy S II to other markets. Carriers like Bell in Canada that already have the Galaxy S II will likely be offered the white variant too. From what I can see, both the front and the back have been emblazoned in the snowy glow, including that single hardware button on the front.