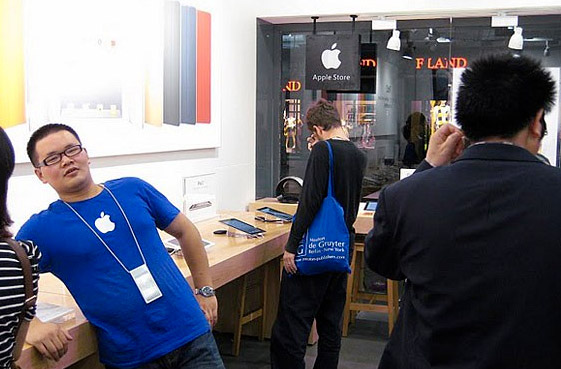 By now, you’ve surely heard about the unofficial and completely unauthorized Apple Stores that popped up in places like Kunming in the Yunnan province in China. They looked like real Apple Stores, complete with the same kinds of product displays and employees in blue shirts. Well, at least two of them have now been closed.

What else is fascinating is that I’m hearing the products being sold at these fake Apple Stores — a few of them are still up and running in China — are not Apple knockoffs. They’re actually real MacBooks and real iPhones, gathered up from real authorized resellers. They were using the Apple logo without permission, but at least they were selling real Apple products.

And China isn’t the only place with fake Apple Stores either. There are reports of other knockoff stores in Croatia, Colombia, Burma, Venezuala, Slovenia, and Spain, as well as “a dozen locations right here in China.”