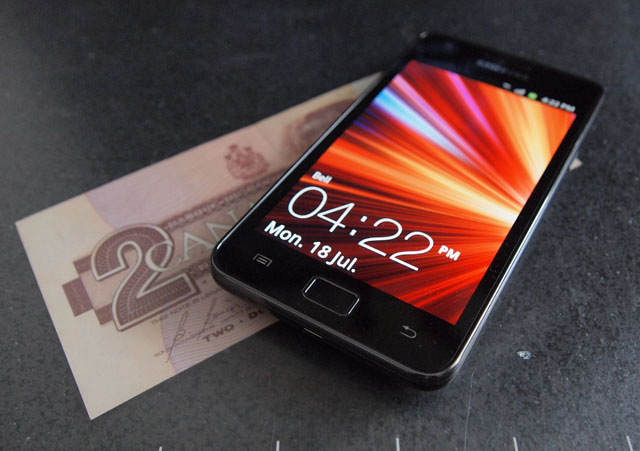 South Korea-based Samsung may have overtaken Apple in smartphone sales last quarter, according to Strategy Analytics in a recent interview with Bloomberg.

Since the release of the Galaxy S II in May, Samsung is estimated to have sold between 18 and 21 million smartphones globally, compared to Apple’s 20.3 million iPhones, the report says.

“Including basic phones, Samsung will probably have a 20 percent share this year, compared with Nokia’s 26 percent,” writes Bloomberg, “closing the gap between the world’s two largest handset makers to the narrowest ever.”

While this has brought Samsung’s overall mobile phone market share closer to Nokia than ever, estimated at 20 and 26 per cent respectively, consensus seems to be that Apple’s September update to the iPhone may be able to rattle the numbers again before next quarter. By April, Apple had passed Nokia’s 20 per cent market share, sitting with a hefty 21.

Aside from strong Android-based phone sales, Samsung is maintaining its status as the world’s largest manufacturer of televisions, as well as trying to break further into the lower-end smartphone market with phones running its own Bada software rather than Android OS.

But as Samsung tries to break into developing markets such as China, India and Brazil, Apple is rumored to have its own lower-end iPhone set for release in the near future, too. What’s more, the California company has altered its next iPhone and iPad update, iOS 5, to abolish the need for a home computer to set up and sync its mobile devices. The move, said Steve Jobs during the unveiling of iOS 5, springs from the desire to move into markets where people simply don’t all have their own PC.

Due to these and other factors, Apple and Samsung may be locked into a head-to-head sales war for the next several quarters. We’ll just have to wait and see who comes out on top.