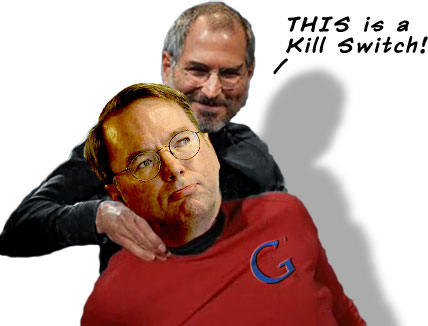 An eye for an eye makes the world go blind. Realistically, the exchange of lawsuits is really much the same kind of phenomenon. So basically, let’s just iron things out, get to a mutually agreeable resolution, and move along so we can continue making money from the masses.

That’s effectively the message that HTC chief financial officer Winston Yung has for Apple. He says that they “have to sit down and figure it out,” continuing on to say that HTC is, “open to having discussions… as long as the solution and the terms are fair and reasonable.”

Based on the ITC rulings in the past month, both parties have scored some minor victories. The US ITC said that Apple violates two S3 Graphics patents related to compression technology, and HTC has a confirmed deal to buy S3 Graphics. On the flip side, the same ITC also ruled that HTC infringes on two Apple patents for data detection and transmission technologies.

Can’t we all just get along? Let’s get Samsung into these talks, since they’re involved in a double-ended patent dispute with Cupertino too.